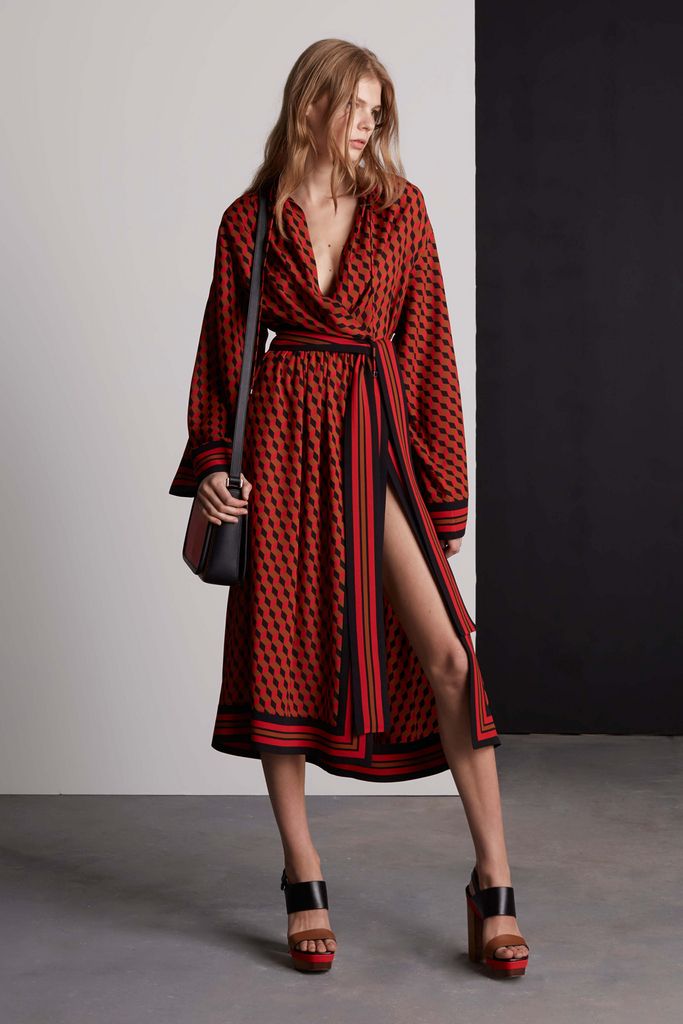 You’ve probably never heard the name Alexandra Elizabeth Ljadov, because despite being well-recognized as a rising star in fashion circles, the model is still fairly unknown beyond the runway clique.

Or rather, she was fairly unknown, until Victoria Beckham named the 17-year-old as her fashion inspiration in an interview for Elle’s 30th anniversary edition—a major coup for such a fresh face. Now, she’s being earmarked as a girl to watch during the upcoming round of Fashion Week shows.

Elle Us 30th anniversary portfolio with @victoriabeckham lots of loveee 😘😘

So, who is this girl? Ljadov was first discovered while eating “meat with ketchup” (true story!) at a festival in her home country of Estonia, and describes herself as a tomboy who spent her childhood climbing trees and playing sports.

Now, she splits her time between Europe and New York, which she thinks of as her second home: “I often go back to Europe to catch up on schoolwork, but now I have spent so much time in New York that it feels like a second home already. I remember when I was 13 my mum took me to New York, and after that I was sure that this is the place where I will live when I grew up. It is funny how things just happen,” the model told WWD.

If you do recognize her face, it’s likely from one of the dozens of high profiles jobs she’s nabbed in recent months, including a spot in the Gucci pre-fall 2015 and Saint Laurent’s spring 2015 campaigns, and editorials for French Vogue and Vogue Japan.

The teen model’s career really started to take off last season, when she appeared in a staggering 74 shows during fall 2015 fashion month. She’s walked for Margiela, Prada, Fendi, and even appeared in Karl Lagerfeld’s casino-themed showcase for Chanel’s fall 2015 haute couture line.

Right now she’s focused on a career in modeling, but Ljadov has her eyes set on a career in film, telling WWD: “When I am older, I would like to direct a short movie and create many fashion films. I want to stay true to my vision, create art, deliver a bigger message to the audience and inspire people like I have been inspired.”

MORE: 7 New Runway Models You Should Know, Straight From a Top Agent