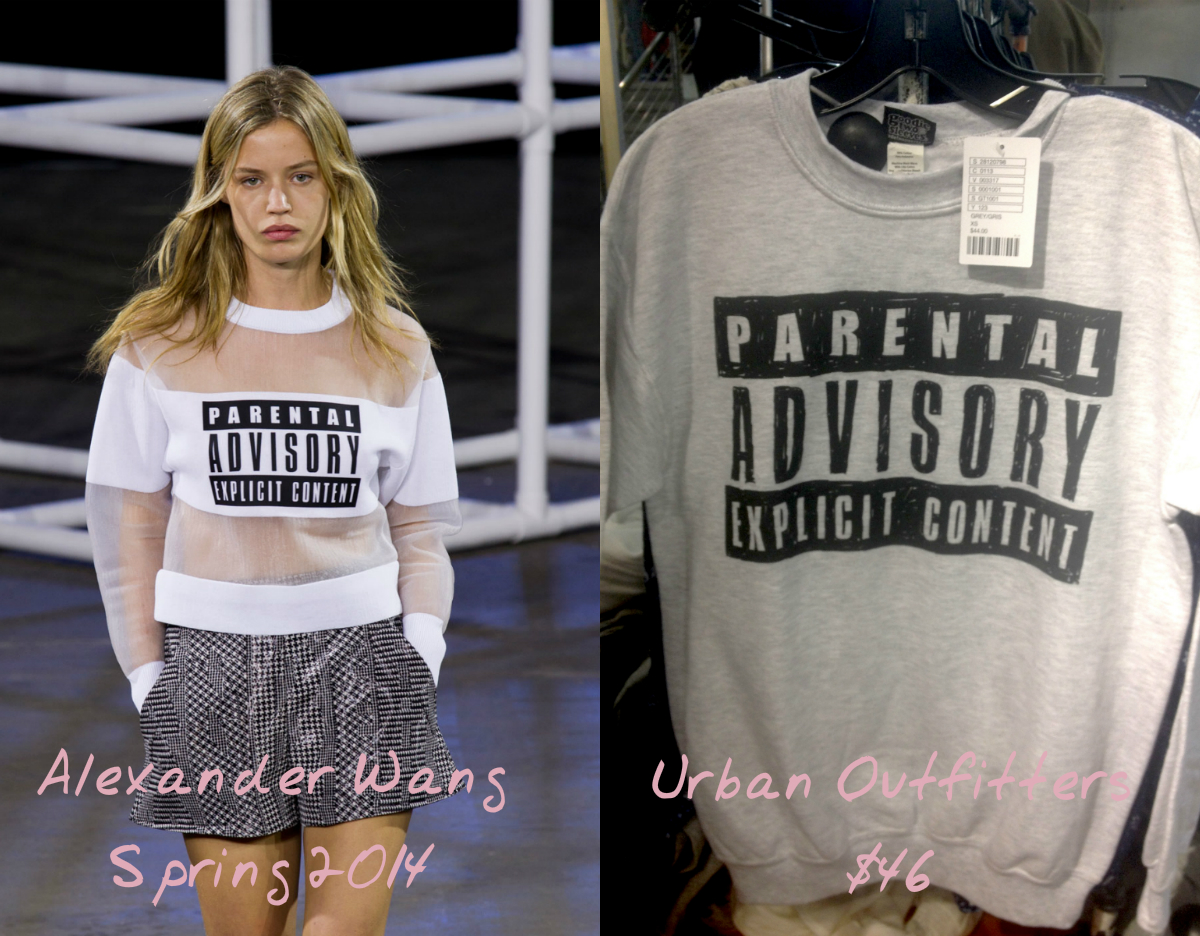 On Saturday, Alexander Wang’s Spring 2014 runway show sent a very clear message: The ’90s are back. In fact, Wang—who has said in the past that he’s largely inspired by the decade—showcased a succesion of street-savvy ’90s fashion, including series of pajama-inspired looks gave us serious flashbacks to the video for TLC’s ’90s hit, “Creep.”

MORE: We Snapped Kanye West at the Alexander Wang Show

Also, Wang tapped into the decade’s logomania, by creating a number of pieces with his own name splashed across them, including leather gloves with laser-cut “WANG” logos on them, as well as more subtle logo prints on sweaters and dresses.

Another overt ’90s reference: the “Parental Advisory” logo, which was first introduced in 1992, and which Wang used on both sweatshirts and T-shirts.

Two days after the show, with Wang’s use of the icon fresh in our minds, we were strolling past an Urban Outfitters and we spotted the above sweatshirt, which we immediately discovered cost a wallet-friendly $46 and has been on shelves and online for quite a while now, as a salesperson informed us.

Yes, the Urban version (which you can buy here) isn’t as interesting as Wang’s clearly high-fashion version: His has sheer panels, rounded shoulders, and very much looks like a designer item.

However, it’s worth noting that the logo has been used on apparel before Wang introduced it to the fashion world, but we bet if someone wore it to Fashion Week next season, they’d be scoffed at for being a total Wang wannabe.

Which version do you like better? Let us know below!