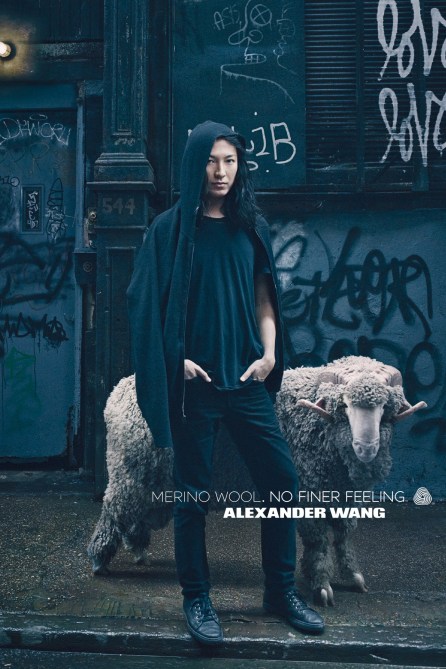 Alexander Wang: designer, model, and lover of wool. The much-adored (but rarely photographed) New Yorker can now add those last two to his resumé officially, thanks to his starring role in an ad campaign for woolmakers The Woolmark Company.

Shot by Annie Leibovitz, Wang poses next to a live ram, the creature from which high-quality Merino wool is gathered. His role with the company aims to position Merino wool alongside high-end leathers and skins as a premiere luxury fabric. The tagline, “No finer feeling,” hopes to help achieve this goal.

MORE: Watch a Scary Video of the Epic T by Alexander Wang Giveaway

Wang, who used Merino wool in his Fall/Winter 2013 collection, isn’t the first designer to align himself with the brand. Narciso Rodriguez, Vivienne Westwood, Mark Jacobs, and Giorgio Armani have all worked with Woolmark in the past.