Leave it to Alexander Wang to put a model in his $1,000 sweatshirt then ask said model to bathe in a dingy bathroom sink.  Because isn’t that where you would want to wear such a look? Check it out: 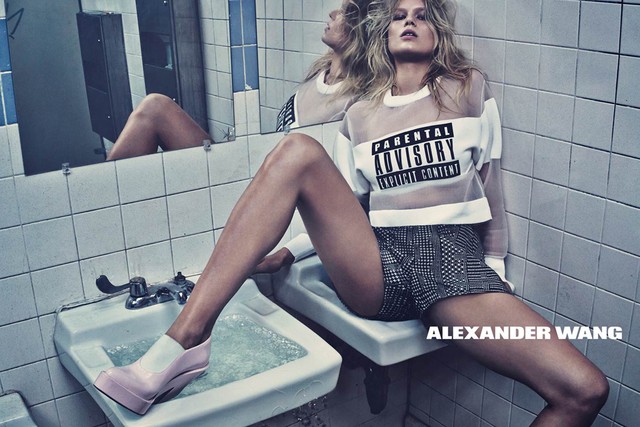 The edgy New York It-designer released the first Steven Klein-shot images from this Spring 2014 campaign, which according to WWD is set to make its official debut as a giant billboard in New York’s SoHo neighborhood. It was also shot in SoHo, inside a very typically dirty NYC bathroom at The Old School: not unlike the name sounds, it’s a recently shuttered elementary school that has been transformed into an event space for DJ shows, artists exhibitions, and (apparently) high-end designer photo shoots.

And in the grand tradition of high fashion, Wang also doesn’t always find it necessary to showcase, you know, the clothes: 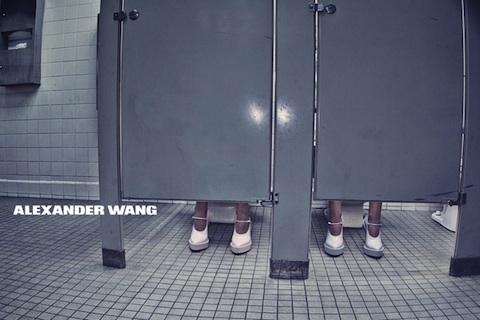 While the juxtaposition of Wang’s incredibly pricey designs and the grungy bathroom might seem discordant at first, it actually kind of makes sense: the entire Spring 2014 collection, you might recall, took inspiration from the grungy, sportswear-filled fashion era of the ’90s, and these ads reek of a scene from some twisted, bad girl version of “Clueless.”

MORE: Alexander Wang for Less Than $100?

What do you think of Wang’s ads? Sound off below!