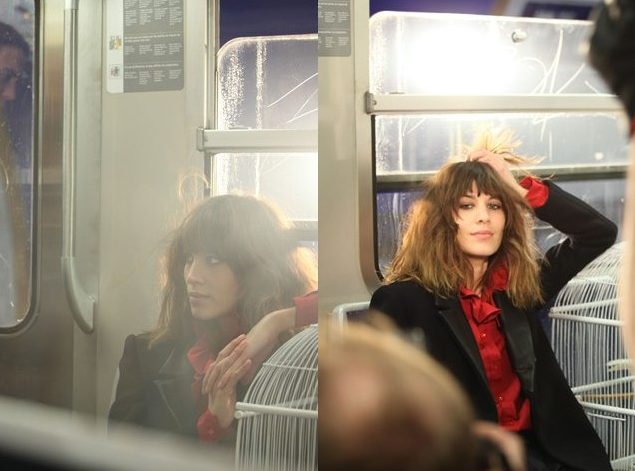 Congrats to Alexa Chung for landing a new gig as the face of French label Maje. The model and former MTV host will appear in the brand’s Autumn/Winter 2012-2013 campaign and she’s totally excited.

“It’s a brand I love and wear, so to be asked was a huge compliment,” mentioned Chung to British Vogue.

Chung is a great choice for the job. Her quirky, romantic, classic style fits the label and she’s already had experience as the face of other campaigns such as Vero Moda, Superga and Madewell.

The campaign, shot by Glen Luchford, was inspired by sixties heroines and will reflect the brand’s bohemian aesthetic. We’ve seen the behind the scenes images and two other black and white images that were released earlier today; and, we must say that we’re excited to see the rest of the campaign.

What do you think of Alexa Chung’s new gig? Let us know by leaving a few words down in the comments section below.