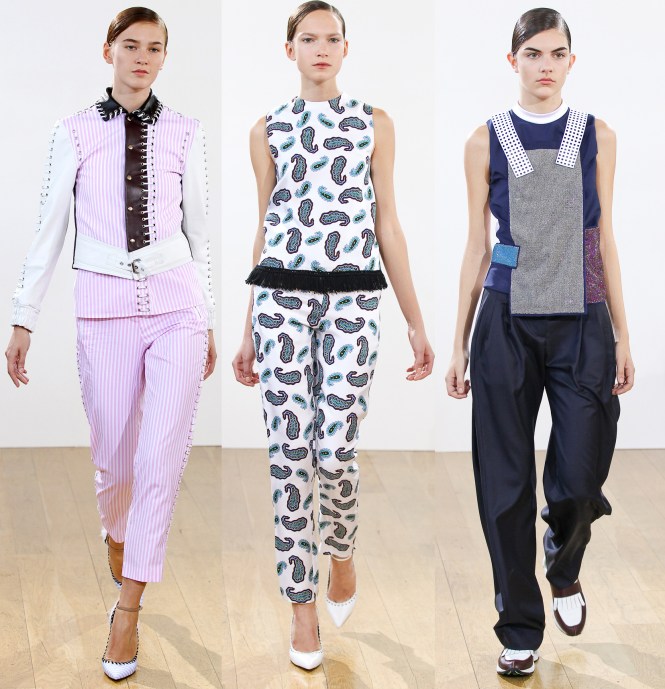 As if the fairly recent news of the British retailer’s upcoming collaboration with designer Louise Gray wasn’t enough to win you over, Topshop has yet again announced another designer capsule collection in the works, teaming up with one of London’s design darlings, JW Anderson. The Irish-born designer has already garnered some street cred in the fashion world, mainly thanks to his paisley pajama print styles from the Spring/Summer 2012 collection being a hit with style savvy mavens, including Alexa Chung who rocked one of the pajama pants back in February during London Fashion Week.

The newly announced capsule collection is set to include jersey, denim, knits and outerwear pieces. And to add in to the mix, the collaboration will also feature kitsch lifestyle accessories like pencils, memory sticks, Rubik’s cubes, vintage magazines and photography books.

“I am very excited to collaborate with Topshop. It gives me the opportunity to reach a much wider audience with my designs. It has always been very important to me that my collections are made accessible to anyone interested in fashion and design,” said Anderson.

Even though the 29-year-old designer has created a shirt for the London-based chain store’s NEWGEN 10th anniversary celebrations, this will be the designer’s first-ever collection for the retail shopping masses.

“The launch with JW Anderson is a new and exciting approach for Topshop to our collaborations,” mentioned Topshop’s creative director, Kate Phelan. “The capsule collection is a best of all his design ideas to date, a sort of must-have wardrobe of covetable pieces by this unique designer. The interesting twist however is the cool collectible items that will make up the rest of this collection which JW Anderson has picked himself.”

Topshop is so stoked about this upcoming collection that will hit stores in September that they’re already planning to release a follow-up capsule collaboration for early 2013.

We get it, Topshop–you really love your designer collaborations, don’t you?

[via Telegraph/Daily Mail; images via IMAXTREE]