After Brazil’s crushing World Cup defeat yesterday, the internet exploded with tweets and comments about the country’s semifinal loss. The defeat of the host country’s team was only emphasized by the massive 7-1 gap in the final score, and has since been touted by many as one of the worst World Cup defeats of all time. Burn.

This kicked off all sorts of rumors about crazy street riots and buses being set on fire, as angry Brazilians reacted to the news. Some Brazilians, though, are managing to handle the loss gracefully. Yesterday, we met up with supermodel and Victoria’s Secret Angel Alessandra Ambrosio at the annual Supermodel Cycle to benefit Pelotonia, which raises money for cancer research, and the bombshell had some encouraging words for how her home country should behave for the rest of the World Cup. 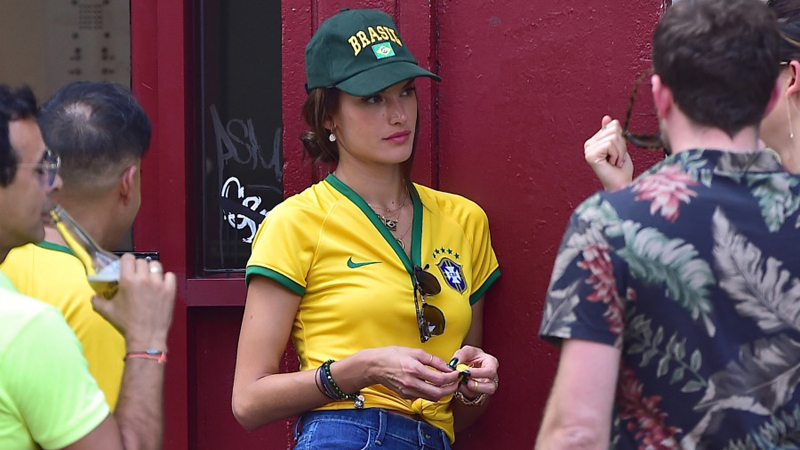 “I was very sad at what happened yesterday,” she told us. “Now obviously we have to work on our team. We have to show the world what Brazil is and we have to do the best post-game.” Adorably, Ambrosio had watched the game with fellow Brazilian supermodel Adriana Lima, who both donned Team Brazil jerseys to watch the game in a New York City bar.

And just because her home country is out of the running, don’t think Ambrosio is giving up being one of the World Cup’s biggest fans quite yet. She continued, putting a positive spin on the rest of the World Cup, saying, “Now it is all about having fun with everyone else!”