When Aisha Dee was first asked to audition for The Bold Type, Freeform’s comedy drama about three twentysomethings at a Cosmopolitan-like magazine, her initial reaction was: “I’m not about to do this white-feminist bullshit show.”

But after a lot of convincing from her agents, Dee finally read the script for the show’s pilot and learned that her character, Kat Edison, an unapologetic social media director, was more than a tech-obsessed millennial. She was a biracial woman struggling with her sexuality for the first time and finding her place in a world that constantly wanted to define her as either Black or white. Kat’s friends weren’t basic white girls either: One was a fashion assistant who negotiated her salary at a dream job that underpaid her. The other was a writer who decided to freeze her eggs after testing positive for a gene indicating that she was at risk for ovarian and breast cancer.

The three were, as the show’s tagline says, the women of the bold type: a trio of best friends whose fashion-closet hangouts ranged from conversations about gun control and white privilege to orgasms and open relationships. Dee was sold. “It reflected female friendships how I’ve always experienced them,” Dee tells StyleCaster. “I’ve never seen that on TV, especially on young-adult TV. It subverted every expectation I had about the genre.” 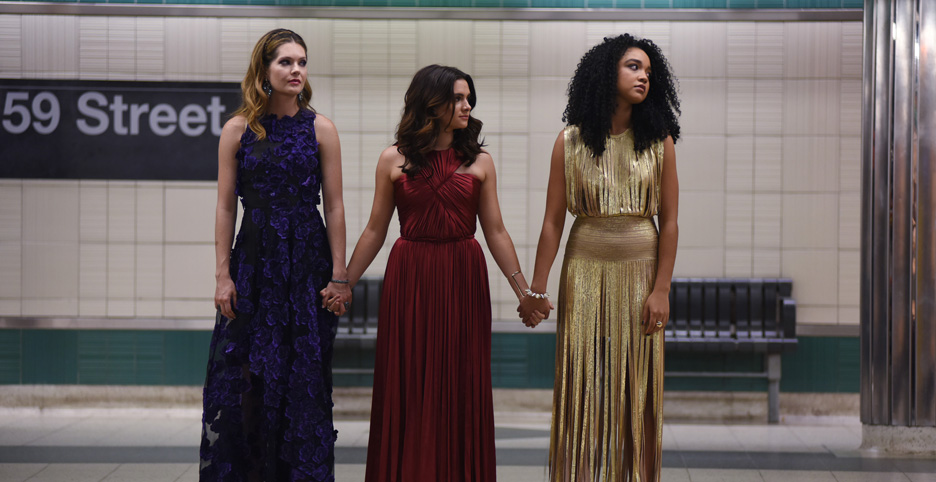 Raised in a predominantly white neighborhood in the tourist town of Paradise, Australia, Dee, the daughter of an opera singer, knew she wanted to act after watching Sesame Street. “They were the only kids I had ever seen that looked like me,” Dee says. “I felt very isolated where I grew up, and movies and television became a place where I could take refuge.” At 15, Dee attended a nationwide casting call for The Saddle Club, an Australian children’s series about a team of teenage equestrians. It was her first audition, but something was there. She booked it and immediately was hooked. “It’s the closest I’ve ever come to a team sport,” Dee says. “I fell in love with it right away.”

Casting directors would tell me to my face, ‘We’re probably not going diverse.’

However, not every role came so easily. After leaving The Saddle Club at 17, Dee learned of the lack of opportunities and discrimination that actors of color faced in Australia. “Casting directors would tell me to my face, ‘You know, we really like you. Thank you for coming in, but just so you know, we’re probably not going to go diverse’ or ‘we’re not filling diverse people for this role,’” Dee says. “Even if I felt I was right for it and killed it in the audition, I was told no.” 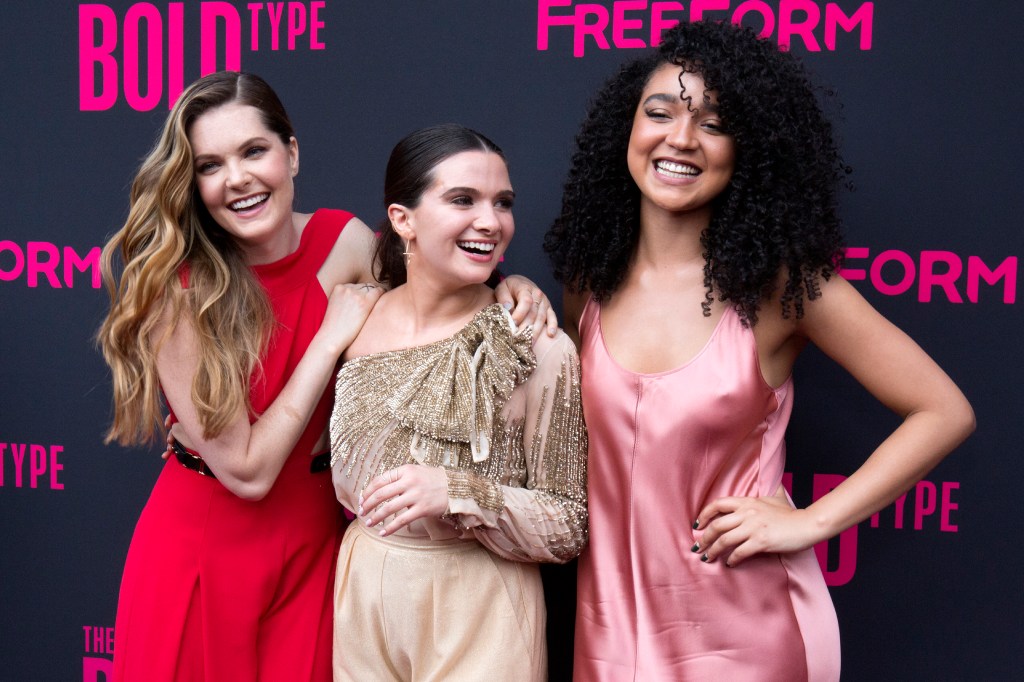 After years of booking single-season TV shows and small movies, Dee moved to the United States to star in Fox’s I Hate My Teenage Daughter, a sitcom in which she played the manipulative daughter of a once-bullied mom. “I don’t think I was fully aware at the time I was moving halfway across the world,” Dee says. “I definitely realized it when I was driving away from the airport in L.A. and looking out the window so scared for my life because the taxi driver was driving so fast I thought I was going to die.”

This biracial conversation is a new one. But it’s an important one.

Though the U.S. is more progressive than Australia, being an actor of color here wasn’t much better. After years of receiving five or fewer auditions, Dee called her agent to complain, confused as to why, despite her experience level, she continued to be snubbed. “I would call my agent and say, ‘Why is this happening? I’ve done a few shows. I’ve done a movie. I feel like I’ve worked a lot. I don’t understand why,’” Dee says. “Basically the answer given to me was, ‘Well, the opportunity isn’t here. That’s just not the climate that we live in.’” 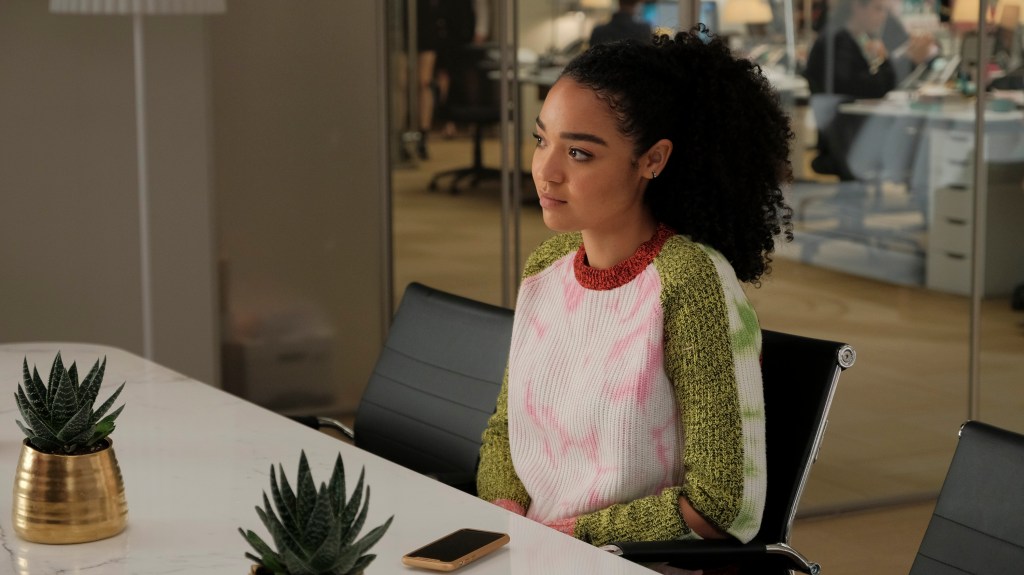 The conversation sparked an epiphany for Dee. If she wanted change in the media, she needed to create it herself by working toward making her own content where she could cast diverse actors and tell diverse stories. “We want to see something new. We want to see something that reflects the world we live in,” she says. “Because we don’t live in a world where everyone looks the same, acts the same, loves the same. Everyone is completely different. It’s about time our movies and art reflect that.”

Everyone is completely different. It’s about time our movies and art reflect that.

Dee’s hyper-awareness of diversity is one reason why she was hesitant to audition for The Bold Type after she got a call in a Ralph’s parking lot, during which her agents advised her to meet with the show’s producers. Dee was about to finish her first season on MTV’s Sweet/Vicious, a dark comedy about two college students who moonlight as vigilantes targeting sexual assailants on campus. The show was progressive, biting and exactly what Dee was waiting for. She wasn’t looking for a new show. But after the reading the script, something about The Bold Type couldn’t keep her away. 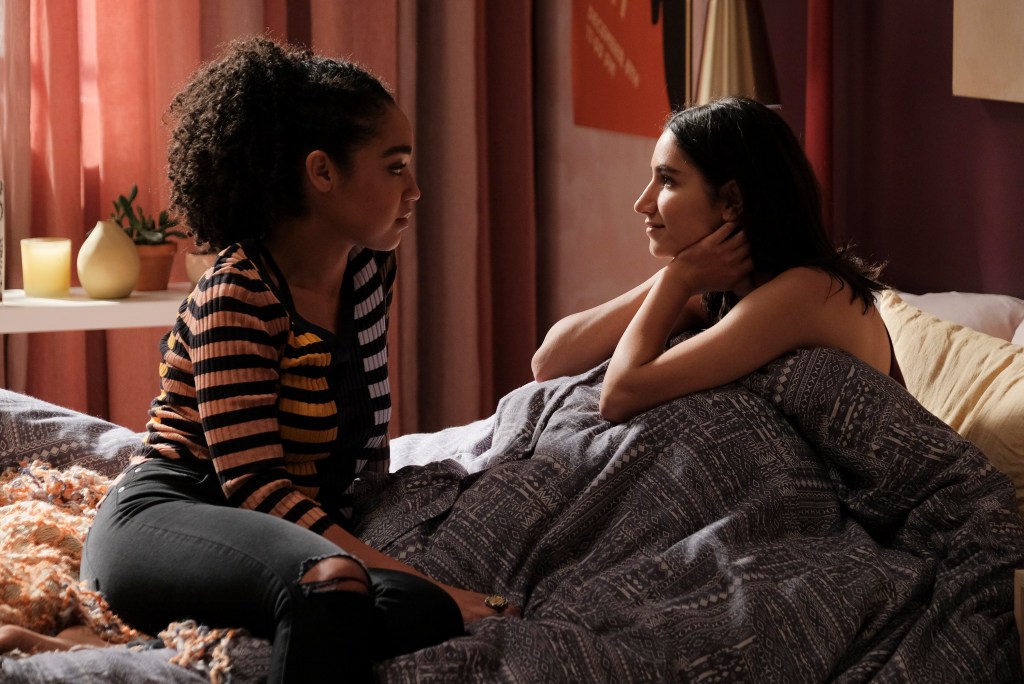 Within a week, she was cast and flew to Toronto to film the show’s pilot. Dee didn’t expect The Bold Type to be such a success—the show, which airs its season two finale on Tuesday, August 7, was recently renewed for a third season—but the reaction is undeniable. For Dee, the response has mainly been about Kat’s relationship with Adena El-Amin, a lesbian Muslim photographer whom Kat falls in love with after meeting for a feature in Scarlet, the fictional magazine Kat works for. “It’s a relationship between two women of color. I’ve never seen that on TV,” Dee says. “I don’t remember the last day where I didn’t have at least one person come up and say, ‘Kat and Adena inspired me to come out to my best friend or to love and embrace myself for the way I am.”

Still, The Bold Type isn’t without its flaws. After season one, the show was called “color blind” for neglecting to discuss Kat’s race even in scenes that call for it, such as when Adena is harassed by an Islamophobic man on the street and police come to arrest Kat for punching him in the face. The criticism was addressed in season two in an episode where Kat struggles with labeling herself as Black after growing up in a community where she could ignore her race. It didn’t reflect Dee’s own experience, but she could relate and so collaborated with the show’s writers on the storyline. “My blackness constantly feels like it’s being assessed by other people: how they see me; what category other people feel I should fit into,” Dee says. “These are all opinions about me that are unsolicited. I don’t necessarily ask people their opinion on my race, but I constantly hear it anyway. There’s that feeling of not knowing where you belong because we’re only given two options. You are Black or you are white. This biracial conversation is a new one. But it’s an important one.”

Dee’s close collaboration with The Bold Type’s writers also led to “The Scarlet Letter,” another talked-about episode in season two where Scarlet—and, essentially, The Bold Type—feature the characters’ stretch marks, scars and acne in high-definition, unretouched pictures. The idea came out of a conversation between a writer and Dee who wanted to show off her stomach scar, stretch marks and other “imperfections” she previously took for granted. A couple years ago, Dee underwent a surgery that left her with a C-section-like scar across her stomach. She was miserable, in a brace and could barely walk around her apartment for months. Then, one day, she decided to walk to her local café for coffee. She took a shower when she got home and when she got out, looked at herself in the mirror and noticed that her scar resembled a smile. Then she realized her belly button looked like a nose and her boobs looked like eyes. Her body was making a smiley face at her.

We should celebrate our bodies. Not hate them.

“Every morning, I look at myself in the mirror and I see that scar, and I know I went through that. I got up and I can walk, so I might as well smile,” Dee says. “Up until that point, all I could think of when I looked at my leg or my stomach was, Oh, I don’t have abs. Oh, I have a stretch mark. Our freckles, our moles are like constellations on our bodies. Our scars are a sign we healed. We look at our bodies and we talk about everything we want to be better. We forget the fact that our bodies do amazing things for us every single day. They’re digesting food, pumping out blood, helping us to walk, sit, stand, dance. We should celebrate our bodies. Not hate them.”

Little is known about season three of The Bold Type. But for Dee, one of the most exciting changes is Kat’s braids, which represent Dee’s own relationship with her natural hair and how, after years of hating her texture, she’s learned to embrace it and makes a point of seeking out characters who embrace their natural beauty as well.

“I grew up really hating my hair and hating so much of what I saw in the mirror, which is, unfortunately, a reflection of the world we live in, where not all types of beauty are celebrated,” Dee says. “I still have to constantly remind myself what you see in the mainstream media isn’t the only version of beautiful. Because perfection isn’t really beauty. Perfection is the enemy of beauty, in my mind. I’ve learned to embrace my hair for everything it is, when it’s super defined and the curls are popping, and the other days when I haven’t washed it for two weeks and it’s all frizzy and my edges are messed up and they’re not laying right. But I still have to love it, because it’s what’s on my head, and I can’t change it.”