The first fanfiction Anna Todd ever read was about Hanson. She was a preteen and discovered the blogging site LiveJournal, which housed hundreds of fictional, fan-written stories about TV show casts, book characters and celebrities. “I think I thought I was reading about their actual lives,” Todd says. “I’ve been reading fanfiction before I even realized what fanfiction was.” From then on, Todd was hooked. As she became older, she devoured fanfictions about Harry Potter, Roswell, Twilight and The Hunger Games before discovering her one true love in 2011: One Direction, a baby-faced British boy band she came across while listening to “What Makes You Beautiful” in the car on the way to Walmart with her husband. Harry Styles was her instant favorite. “I immediately was like, ‘Aw, the curly one is so cute.’ And my husband always liked Zayn because he was the cool mysterious one,” Todd says.

Around that time, Todd also discovered Wattpad, the motherland of internet fanfictions, which Todd tore up and down for stories about One Direction.. “It was like a black hole—a good black hole,” she says. It was 2013 and Todd had pretty much read every One Direction fanfiction on the internet. As she waited anxiously for her favorites to update with new chapters, she decided to write her own fanfiction to entertain herself in the meantime.  Inspired by “punk edits” of Styles on the internet (fan edits where celebrities are photoshopped and covered with tattoos and piercings), Todd wrote a fanfiction where Styles wasn’t in a boy band but was a college bad boy who seduces—and eventually falls in love with—Tessa, an innocent freshman who lives in his dorm. She called the story After. “It was more along the lines of a modern-day Pride and Prejudice and Wuthering Heights than anything to do with the actual Harry Styles,” she says. 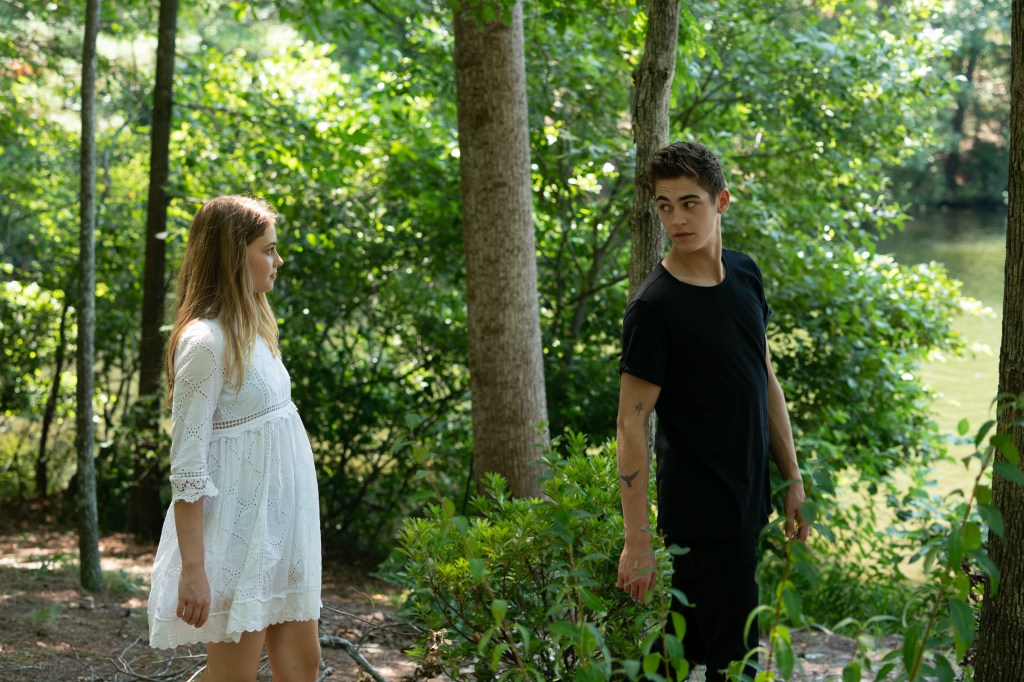 Todd wrote 70 percent of After on her phone. She wrote the first chapter at home on a Sunday evening after coming back from Target. After that, Todd would write wherever she could: at the grocery store, at the doctors’ and dentists’ offices, in the car. She went by the screenname Imaginator1D and didn’t tell a soul about what she was doing. “I felt like it was silly if I was like, ‘Oh. I’m writing a book about Harry Styles.’ It just doesn’t make sense unless you’re in a fandom or understand,” she says. But she couldn’t keep it a secret forever. Within a few months, After had been read more than a million times, and by the time she was halfway through her second book online, Todd told those close to her. “My husband was just like, ‘Oh. I just thought you were looking at pictures of Harry all day,’” Todd says. “I was like, ‘Well, you didn’t think to say something? Like why are you doing this for 20 hours a day?’”

Though she had millions of reads, the success didn’t sink in for Todd until she went to create a Twitter handle and realized that everything related to After was taken by fans roleplaying as the characters she created. “As a fan, I was like, ‘That’s when you know it’s real, when there’s roleplay of it,’” she says. It didn’t take long for Wattpad to notice Todd’s success as well and invite her to meetings with publishers who wanted to publish After into a physical, real-life book. Hesitant to put her career in someone else’s hands, Todd put off finding an agent. “I had already done everything on my own. I didn’t want someone to tell me what to do or decide for me,” she says. She had a manager for a time but fired him after he asked her to write a book about “a bunch of celebrities in purgatory.” Eventually, Todd found an agent she liked and published After with Simon & Schuster, with Styles’s character renamed as Hardin Scott. 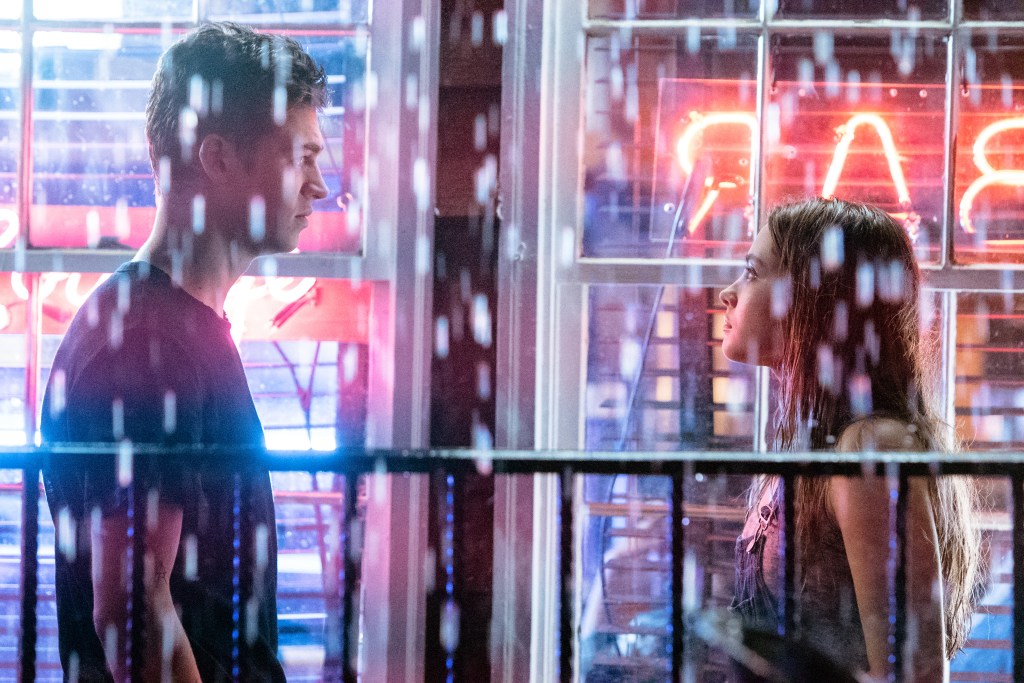 The book went on to sell 10 million copies and make it on The New York Times best sellers list. It also allowed Todd to write 10 more books for Simon & Schuster, including three sequels to After and one prequel. But for Todd, perhaps the best reward of her success was the money to leave the Texas army base where Todd and her husband were living paycheck to paycheck with their special needs son, who was diagnosed with autism and epilepsy, and search for a better life. To make ends meet, Todd worked at an Ulta and enrolled in online classes, just so she could use the financial aid to pay for rent. When her husband became disabled and retired from the army, with very little money from the military’s health insurance, their finances only became tighter. “I knew even if I wouldn’t have made any money after that, I still would’ve made enough that we could get out of the army and have normal day jobs,” Todd says.

Of course, Todd’s success didn’t end with the first book, and in 2017, she sold the rights to CalMaple Media and Offspring Entertainment for After to be produced into a film. The first few castings were fun, but after a while, Todd, who is a producer on the film, feared that she would never find the perfect actors to play her leads. “it was such an immediate thing. There were people who looked exactly like they were supposed to look, but I would know immediately they were wrong for it,” she says. Then came her Hardin: Hero Fienness-Tiffin, a young British actor with a Styles-like charm, who Todd recognized immediately as her leading man. “I was like, ‘That’s it.’ I literally boycotted the rest of casting,” Todd says. 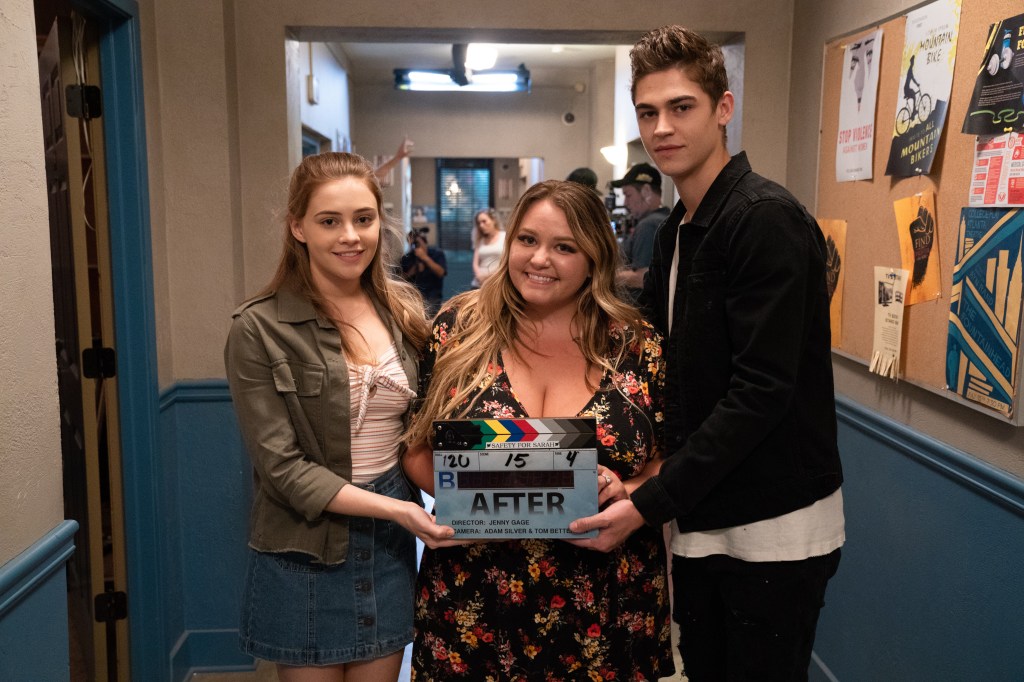 The path to finding Tessa, the story’s protagonist and Hardin’s love interest, was a little more difficult. Todd had already cast the role when she met Josephine Langford (younger sister of 13 Reasons Why’s Katherine Langford) on a Skype audition for another role. “I was looking at her face and looking at Jenny Gage, the director, and we were both like, ‘That’s Tessa. That has to be Tessa,’” Todd says. In that moment, Todd knew she had to recast the role. “It was a little messy. But we did what we had to do,” she says.

As for if she’s ever met One Direction, Todd hasn’t and she’s not sure if she wants to. Though she’s seen members in person, like Liam Payne at last year’s Fifty Shade Freed premiere, she’s hesitant to introduce herself.  “I would never try to talk to them or approach them,” she says. Still, she has a feeling the members are at least aware of After. “I don’t know for sure. But I’m positive they’ve definitely at least heard of it,” Todd says. 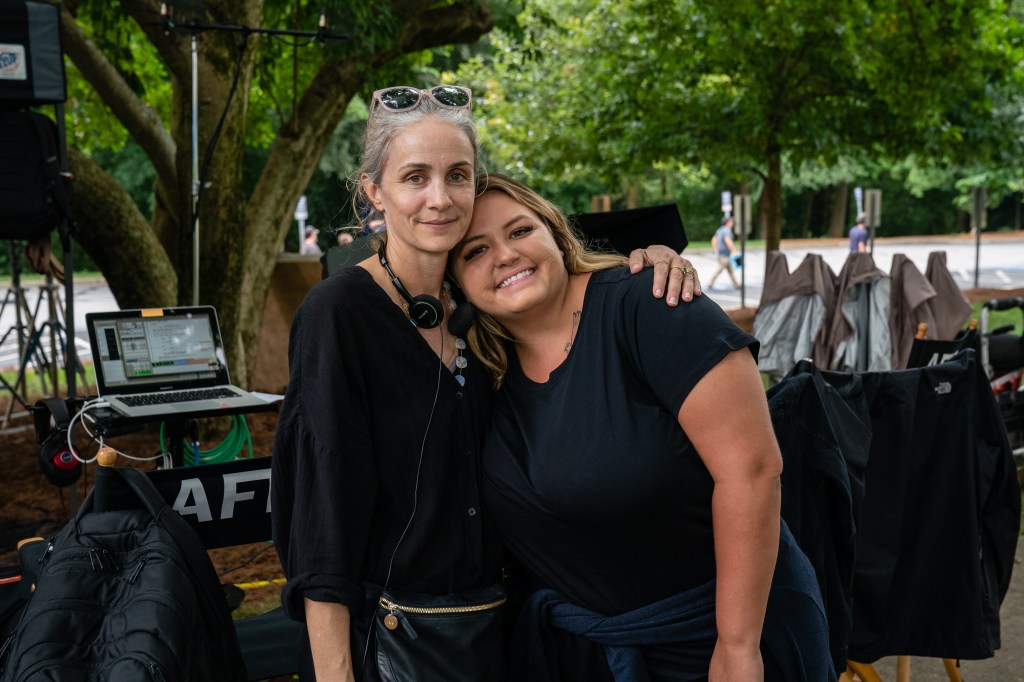 Since After’s release, the book has been criticized for Hardin’s sometimes abusive behavior toward Tessa. In 2017, Jezebel wrote that the book “echoes the troubling dynamics” of Fifty Shades of Grey and that Hardin “behaves at best like a prick, at worst like an abusive boyfriend in the making.” In response to the criticism, Todd calls it “limiting and unfair”, given how real-life relationships are not always 100-percent happy.

“I in no way think they are the poster child of a good relationship, but that’s the point. Even in the book, there are direct lines where they both know they’re in a bad relationship,” Todd says. “I know plenty of people who have treated people that they love wrong, including myself, including I’m sure everybody in this room. So the day we start telling people they can only write about healthy relationships, then what are we going to have to tell?” 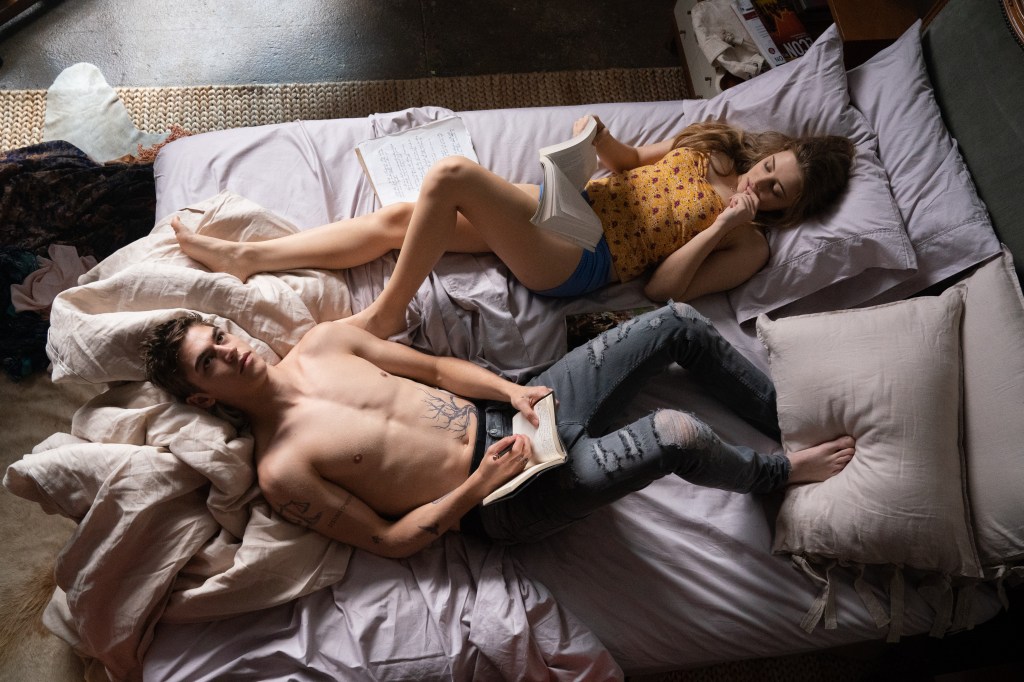 Todd also has a few words for those who believe fanfictions aren’t “real” writing. “I have 10 books, and I’ve sold 15 million copies, so if that’s not real, then I would like to know what is,” she says. Still, it’s a belief that Todd, who was an avid reader but never considered a writing career as “realistic”, struggled with at the start of her career. “I spent so long devaluing my own work and convincing myself of how lucky I was,” she says. “Any time someone would say, ‘Oh you’re a great writer.’ I would be like, ‘Well, I’m not actually a writer.’ I really wasted so much time believing that.”

With the release of After in theatres on April 12, Todd hasn’t had time for her success to sink in and she’s not sure if she ever wants it to. “Sometimes it feels like I’m watching from a bird’s eye view. It doesn’t feel like it’s actually my story that we’re all talking about and we’re all here for,” she says. “I kind of don’t want it to sink in because then it’ll stay exciting. I don’t want to get jaded or tired of it.”