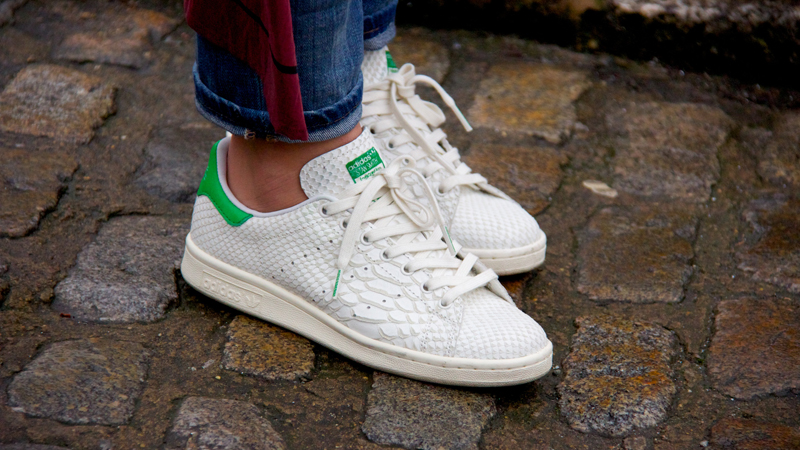 Photo via The Street Style King Is Queen

The hottest sneaker this spring isn’t a pair of wedge Isabel Marants, Céline slip-ons, or limited-edition Nike Dunks, but rather Adidas’ Stan Smiths that retail for a mere $75.

The style—which made its debut in the 1960s—was officially named the Stan Smith in 1973, after the number one tennis player at the time. By 1988, the sneaker had sold so many pairs that it landed a spot in the “Guinness Book of World Records.” In 2012, Adidas took the classic off the market, but luckily for sneakers buffs, the story doesn’t end there.

MORE: 7 Reasons You Don’t Need Money To Be Stylish

So, how did this shoe morph from longtime standby to “it” shoe? Marc Jacobs has been an avid Stan Smiths wearer since the 1990s, but in 2010, when Céline Creative Director Phoebe Philo unofficially endorsed the shoe, wearing them at her own runway show, a trend was born. Cut to 2013, when major street style stars like Caroline de Maigret and blogger Camille Charrière of Camille Over the Rainbow were regularly sporting them.

In response to its fashion-forward following, Adidas began to re-introduce the shoe into the market late last year with a soft launch at Barneys New York, Colette in Paris, Andreas Murkudis in Berlin, and Dover Street Market. A broader launch followed at other boutiques and Adidas stores, with the shoes selling out almost immediately.

“The demand for one of the best-selling shoes of all time was high, and we thought the timing and the market was right to celebrate the return,” Simon Atkins, Adidas America’s head of Sport Style said. 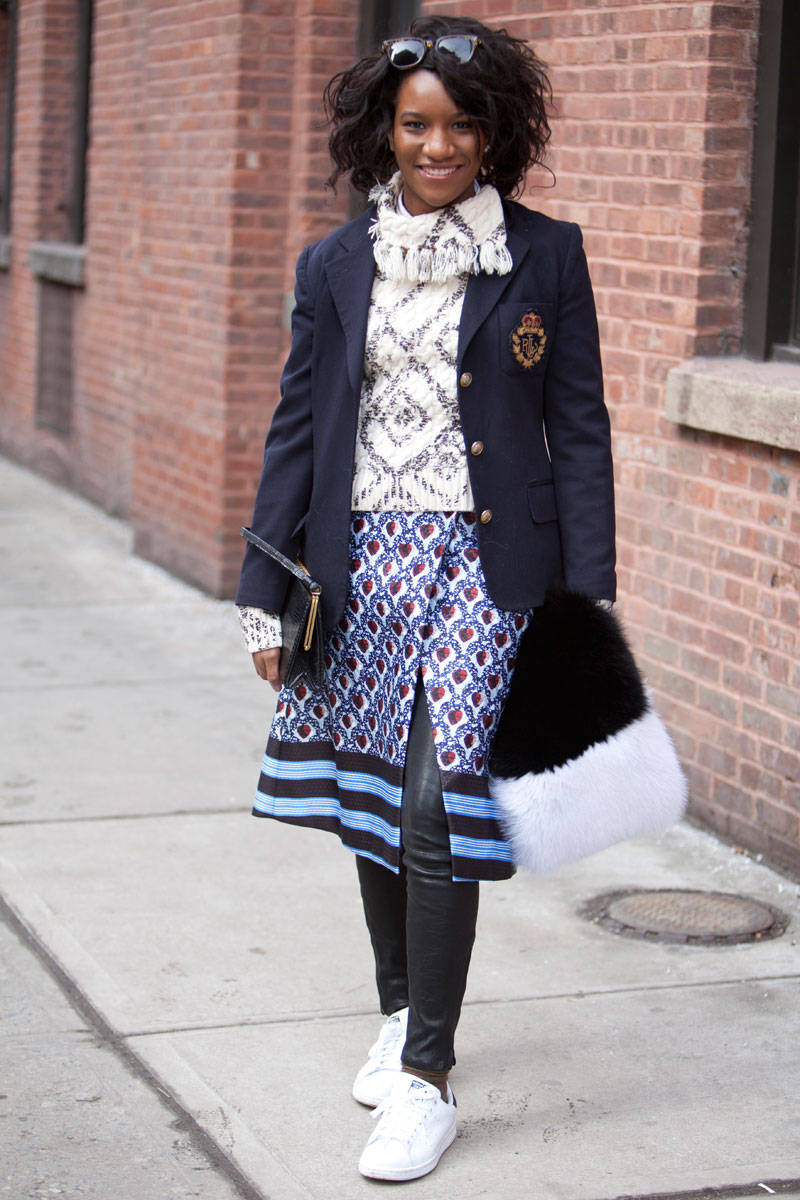 Browse through street style photos from Paris Fashion Week, and you’ll come across countless photos of style stars wearing their Stan Smiths with everything from leather pants to Chanel tweed skirt suits—the sneakers were ubiquitous.

“No matter what your style is, the Stan Smith just works. Every sneakerhead and influencer has a pair, no matter what their brand preference is,” Atkins said.

Danielle Prescod, Elle.com’s Fashion Editor, for one, picked up a pair during New York Fashion Week in February, and has been wearing them almost daily ever since.

“I’d been seeing them around on a ton of people, and in between the Band of Outsiders and Diane von Furstenberg shows, I stopped into the store to buy a pair. Everyone was there—[stylist] Kate Foley, the Who What Wear fashion team. They were already sold out of the green ones. The next day Leandra Medine [of the Man Repeller] came up to me and was like, ‘I really want to get those sneakers!’ Then Rebecca Minkoff told me she’s been looking for the sneakers too!”

The appeal for Prescod? “It wasn’t a purchase I had to think about too much, they are $75, and just really cool. I have Isabel Marant sneakers that cost $1,000, and that’s just insane. I’m confident I’m going to be wearing these for a while.”

Adidas needs this moment. Nike’s Converse and its Chuck Taylor line increased sales by 16 percent in the last six-months of 2013. Vans increased sales by an average of almost 20 percent, on average, last year. Adidas could have a similar hit on its hands with the Stan Smith.

A call to the New York City Adidas Originals flagship, and we were told that the Stan Smith “stock is running very low, particularly in the green and white” color-way. Sizing is also sparse on Adidas.com, but the company says it’s restocking based on demand. Also interestingly, no other retailer is carrying them online, except for Italy-based retailer Luisa Via Roma, which is carrying the shoes alongside pricey offerings from Balmain and Valentino.

Another sign that the shoe is having a serious moment—designer labels have begun to copy them. Isabel Marant’s Pre-Fall sneakers are a clear homage to the Stan Smith. Saint Laurent introduced a leather white sneaker recently for $575 that feels like a Stan Smith copy. Atkins says it’s “no surprise that other brands take inspiration out of it.”

Jeffrey Kalinsky, VP and Fashion Director for Nordstrom says,“Buying that trend for Fall [2014] feels right.” As for Stan Smiths in particular, there will be more options hitting the sales floor soon. “A great variety of versions with different materials and colors will be introduced over the year,” Atkins shared.