Ready for a breath of fresh air on a frigid February day? Adele’s second Vogue cover is here, and it’s beautiful.

In the shot, photographed by Annie Leibovitz, the 25 singer wears a beaded Burberry dress and lounges on pale-green pillows (shattering album sales records all day is tiring, after all). Also visible is her hand tattoo, which reads “Angelo” after her three-year-old son. In the issue, Adele tells writer Hamish Bowles that her boy “makes me very proud of myself. When I became a parent, I felt like I was truly living. I had a purpose, where before I didn’t.”

Also discussed: ditching drama, quitting smoking, and slimming down. “I was trying to get some stamina for my tour,” she says, “so I lost a bit of weight. Now I fit into normal, off-the-shelf clothes—which is really a big problem for me!”

See the cover below, and read the profile in full on Vogue.com: 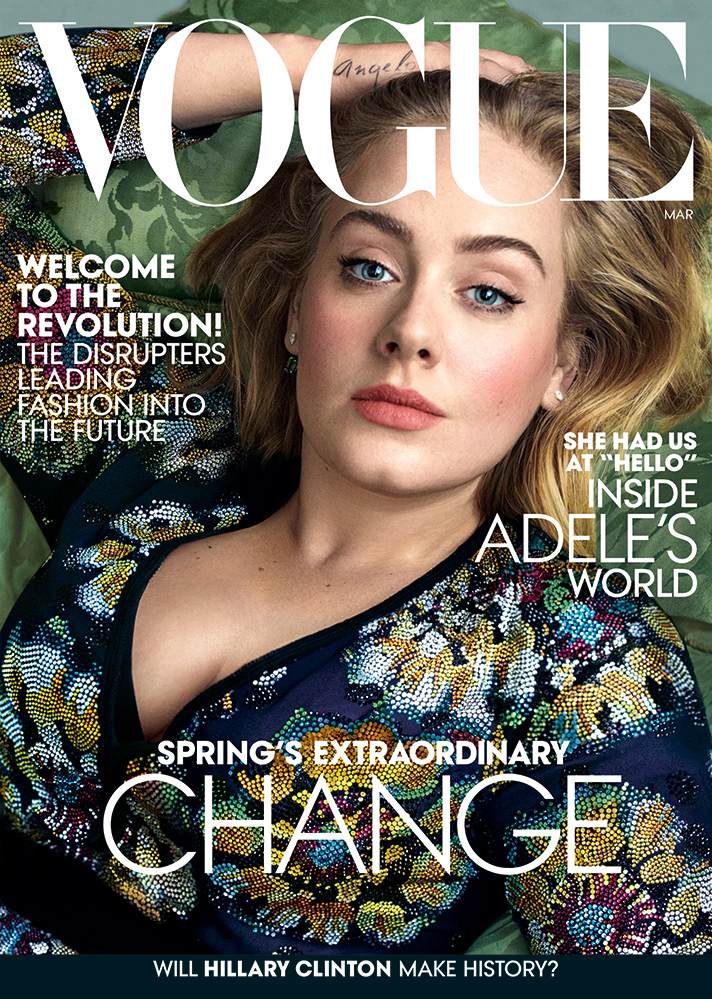 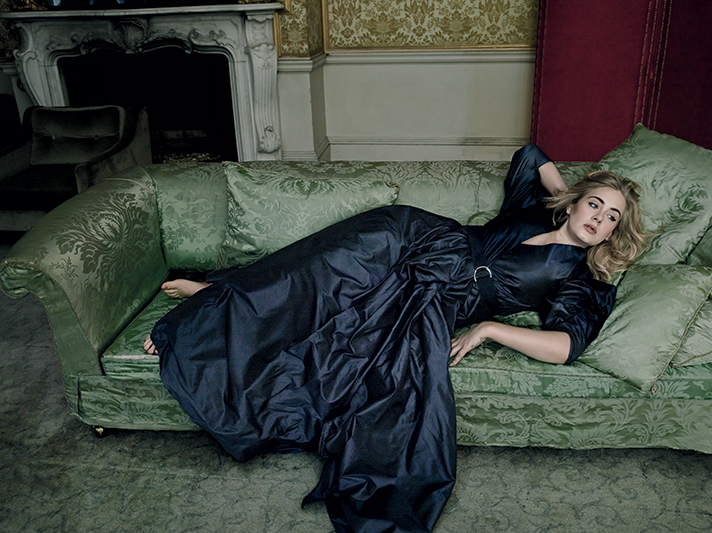 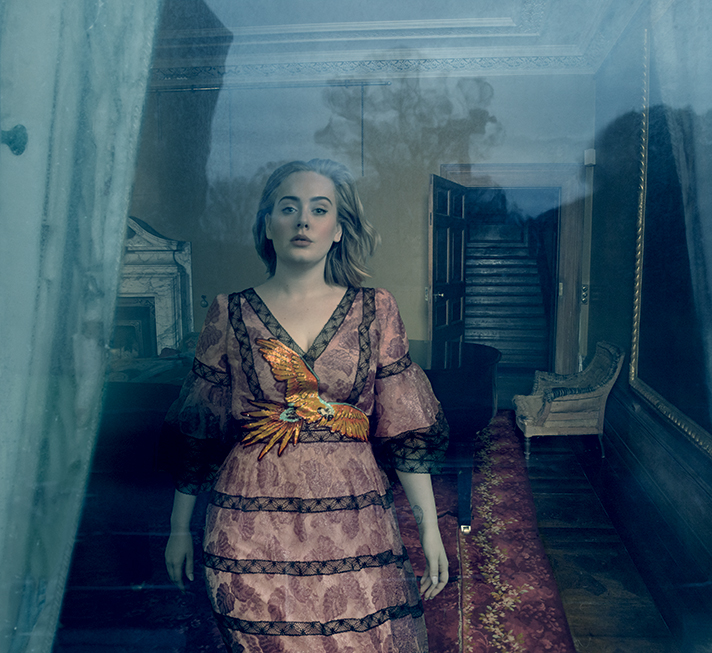