We could be saying “Hello” to Adele and Rich Paul’s baby sooner than we thought—but how soon are we talking?

Adele is already mom to son Angelo, who was born in 2012. The “Easy on Me” singer welcomed her first child with British CEO and charity executive, Simon Konecki. The pair, who tied the knot in 2018, announced their split in 2019 after eight years together. Following her divorce, Adele began dating sports agent Rich Paul in 2020. The Ohio-based agent is known for working with star-studded clients like LeBron James, Anthony Davis and more. And in true sports agent fashion, his public debut with the Grammy-winning Brit took place at a basketball game between the Milwaukee Bucks and the Phoenix Suns in July 2021.

Three months after their basketball date made headlines, Adele opened up about their relationship for the first time in an interview with Vogue UK. The star reflected on her first public outing with the sports agent, telling the publication, “I didn’t mean to go public with it. I just wanted to go to the game. I just love being around him. I just love it.” The following month, Adele gushed about Rich again during her One Night Only special on CBS with Oprah Winfrey in November 2021. “He’s just hilarious,” she told Oprah at the time. “Oh, he’s so funny, he’s hilarious, yeah. And very smart. You know, he’s very, very smart. It’s quite incredible watching him do what he does.”

The “Easy on Me” singer also noted that their relationship has been “very smooth” so far, explaining that it’s the first time that she’s ever truly “loved myself and been open to loving and being loved by someone else.” She chalked up their successful romance to good “timing” in life. “It’s just timing,” Adele explained. “But it’d be interesting to see what my reaction is like in general to anything that hurts me now that I feel so secure in myself, and I’m talking outside of romance as well.”

Now, it seems Adele is so secure in her relationship that she’s considering having kids with the sports agent. Read on ahead for everything we know about Adele and Rich Paul’s baby plans—including whether or not they’re planning on tying the knot before expanding their family. 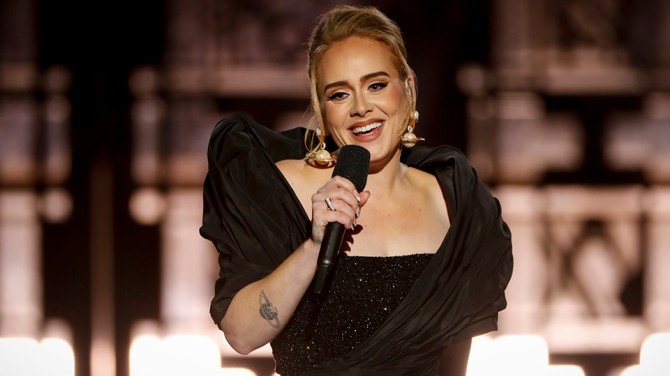 Are Adele and Rich Paul expecting? As of February 2022, the “To Be Loved” singer has yet to reveal if she’s expecting a child with Rich—but that doesn’t mean she isn’t planning on it. During an appearance on the Graham Norton Show on February 10, 2022, Adele teased the idea of giving her 9-year-old son Angelo a baby brother or sister in the near future while discussing her postponed Las Vegas residency show.

“I tried my hardest and really thought I would be able to pull something together in time. I regret that I kept going until that late in the day. It would have been a really half-assed show and I can’t do that,” she said of her residency, which was canceled at the last minute back in January 2022. “People will see straight through me up on the stage and know I didn’t want to be doing it. I’ve never done anything like that in my life and I’m not going to start now.”

The singer continued, noting that she’s in a hurry to announce the new dates for the residency—in part because she has some big “plans” for 2023. “We are now working our asses off, but I don’t want to announce a new set of dates until I know everything will definitely be ready. The sooner I can announce the better, but I just can’t in case we are not ready in time,” she explained. “It is absolutely 100 percent happening this year. It has to happen this year because I’ve got plans for next year.”

“Imagine if I have to cancel because I am having a baby!” she said, hinting that she and Rich are planning to have a child together in the near future. Later, she added, “It takes me a while to recharge, and I would like to have more children—I only just feel like I’ve caught up with my sleep from nine years ago when I had my son.”

Is Adele engaged to Rich Paul? 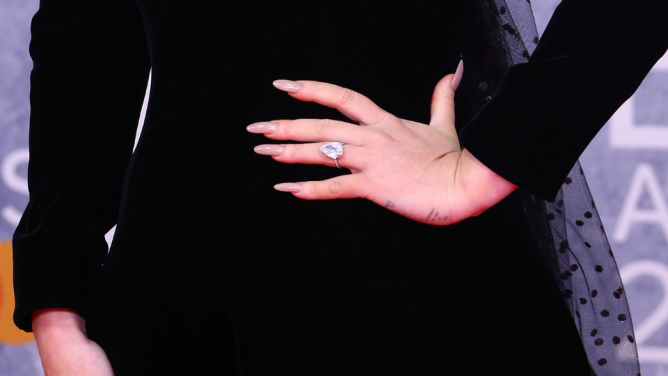 Adele sparked rumors of an engagement after she was spotted out wearing a gigantic diamond ring on her left finger to the 2022 BRIT Awards in February 2022. The ring, which was designed by Lorraine Schwartz, immediately sent fans into a frenzy over whether Rich secretly popped the question after less than a year of dating. Adele neither confirmed nor denied the rumors, telling TV show host Graham Norton in February 2022, “If I was would I ever tell anyone if I was or wasn’t?”

Rumors of their engagement came just weeks after a report by The Sun, which claimed that the singer was “trying to fix their relationship” as “things have become strained” between her and the sports agent. “[Adele and Rich] barely saw each other at the beginning of the month because he was away for work and she was trying to focus on the Vegas show. She was upset he couldn’t be there with her when things started falling apart with the residency and it made things difficult for them both,” an insider alleged. “She needed him there, but he couldn’t because he has his own busy career too.” Adele subtly shut down any rumors of a breakup, however, when she mentioned Rich in an Instagram post ahead of her 2022 BRIT Awards appearance.

Whether Adele and Paul are engaged or not, it’s clear that plans for the future are on their mind. In Decem 2021, a source told Hollywood Life that the pair are officially “in love” and are thinking about marraige. “They both find each other great driven people that really work hard. That is something that inspires both of them,” the insider told the site. “She is so charming and lights up any room she is in, and he lets Adele be Adele. The success of him being an agent is to let his clients shine while he is in the shadows so to speak getting everything else done.”

The insider went on to note that Paul “finds commitment very important,” which, yes, means that the pair are open to getting married. At the time, however, the source insisted that they were in no “rush” to have a wedding. “They would welcome [the idea of marriage] but there is literally zero rush for that to happen and is not on the horizon as they are really enjoying being boyfriend and girlfriend and getting to know each other more and more each day,” the source said. “They make it simple for each other and they want to be in that sort of relationship right now before they take it to the next level. It is nice to think about, but they are currently happy with where things are at this moment.”