Despite taking a long hiatus from her music career, Adele‘s net worth is still thriving—and that isn’t changing anytime soon.

Fans have eagerly awaited the singer’s return after she stayed out of the studio for six years following the release of her third studio album, 25, in 2015. The record delivered some of Adele’s most successful tracks to date, including her stunning ballad “Hello,” which reigned in the No. 1 spot on the Billboard Hot 100 charts for ten weeks in a row upon its release. Since then, Adele has largely stayed out of the limelight and focused on matters in her personal life—including her divorce from Simon Konecki in 2019 and her new relationship with boyfriend Rich Paul.

In 2021, however, fans were finally blessed with the news of Adele’s new music. The “Chasing Pavements” singer released her latest album, 30, in November. Given how excited fans were for the release, there’s no doubt that Adele’s net worth is only going to grow. But how much is Adele’s net worth to begin with? For everything we know about how much Adele makes, just keep on reading below.

How much does Adele make per concert?

Like most music artists, Adele earns the bulk of her revenue from touring—and the figures for her concert earnings are truly eye-watering.

Her last tour, which ran from 2016 to 2017 in support of her third studio album 25, reportedly earned a whopping $252 million (£142million) in ticket and merch sales combined. The company in charge of her tours—which, we might add, Adele is the sole director of—took a $128 million (£72million) cut from these earnings, leaving Adele with an impressive $74 million for her own pocket (£42million), per The Sun. This means the singer was earning around $685,000 per night (£500,000) during her world tour. 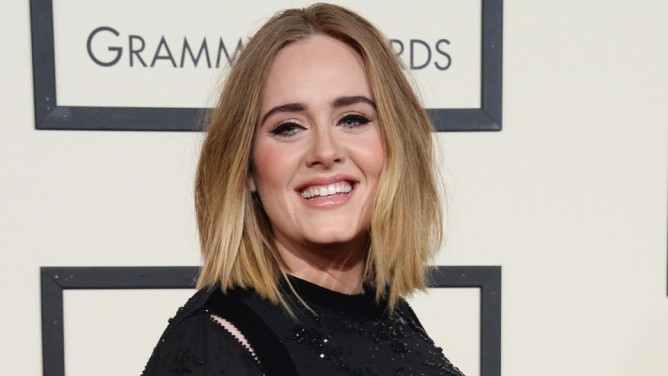 Now, these earnings are only bound to increase, as the “Set Fire to the Fire” singer confirmed her Las Vegas Residency at the Colosseum of Caesars Palace Hotel from January 2022 through April 2022. Prior to announcing the news, a source previously revealed to The Sun that “Adele has very recently been talking to musicians that she has worked with before to gauge their availability, to see whether they could be in Vegas for the gigs.”

Another insider added, “It is all very exciting. It would make her a lot of money but it would also mean she could have a routine. It would be hugely lucrative for her but also really fun.” According to The Sun‘s estimation, this deal alone could double Adele’s net worth.

How much does Adele make a year?

Adele’s yearly salary has steadily increased ever since began her professional music career in 2008. She released her debut album, 19, and reportedly earned around $10 million that year, per Celebrity Net Worth. Adele followed the success of her first record with 21 in 2011, which landed her a whopping six Grammy Awards. According to Celebrity Net Worth, the singer earned around $15 million that year.

In 2012, the singer released “Skyfall” for the James Bond movie of the same name. The single landed Adele her first Academy Award, another Grammy and a Golden Globe Award. By the year’s end, the singer had earned an estimated $18 million. Her success was so great that she continued to bring home millions during her three-year hiatus, earning $30 million in 2013 and a whopping $70 million in 2014.

If that wasn’t impressive enough, Adele’s yearly earnings kicked up once again following the release of her third studio album, 25, in 2015. While she earned on $60 million that year, she continued to rake in tens of millions more in the six years she spent out of the recording studio after releasing 25. In 2016 and 2017, the singer earned a combined $150 million, whereas 2018 and 2019 brought in an additional $40 million.

How much did Adele and Simon Konecki’s divorce cost?

Adele married Simon Konecki in 2016 after five years of dating. The pair welcomed their only son, Angelo, in 2012. Adele announced her separation from Simon in April 2019 after seven years together. “Adele and her partner have separated,” her rep said in a statement to the Associated Press at the time. “They are committed to raising their son together lovingly.” The “Hello” singer cited irreconcilable differences as the reason for their split.

In 2020, news broke that Adele did not have a prenuptial agreement with Simon. While the details of their divorce were largely kept private, reports soon revealed that the former couple reached a $190 million divorce settlement in January 2021. According to The Sun, Adele was ordered by a judge to pay a $140 million majority of this settlement to her ex-husband. The former couple additionally agreed to work out their property and debts through mediation, along with having shared custody of their son.

According to Celebrity Net Worth, Adele’s net worth is $190 million as of 2021. This figure does not yet include her music earnings from her fourth studio album, 30, so fans can likely expect to see Adele’s net worth get even bigger following its release. Adele’s ex-husband, Simon Konecki’s net worth pales in comparison at an estimated $2 million as of 2021. Meanwhile, her boyfriend Rich Paul is worth an impressive $100 million thanks to his career as a professional sports agent for athletes like Lebron James.