Life choices. Adele’s “I Drink Wine” lyrics explain why she quit alcohol after her estranged father Mark Evans’ death and her divorce from her ex-husband, Simon Konecki.

“I Drink Wine” is the seventh song from Adele’s fourth studio album, 30, which debuts on November 19, 2021. The song, which was co-written with Greg Kurstin (who also wrote Adele songs like “Easy on Me” and “Hello”), was performed for the first time on Adele’s “One Night Only” concert on November 14, 2021. The concert, which aired on CBS and included an interview with Oprah Winfrey, saw Adele explain why she became sober after she filed for divorce from her husband in September 2019. (The two finalized their divorce in March 2021, two months before Adele’s father died.) “I Drink Wine” is also Adele’s second single from 30 after the release of “Easy on Me” in October 2021.

“I stopped drinking,” Adele said.  “That’s one great way of really sort of getting to know yourself, is just drinking water and being sober as anything.” When Oprah noted Adele’s “fascinating relationship with alcohol,” the Grammy explained that was “very much” true. “Because it took my dad from me,” she said. 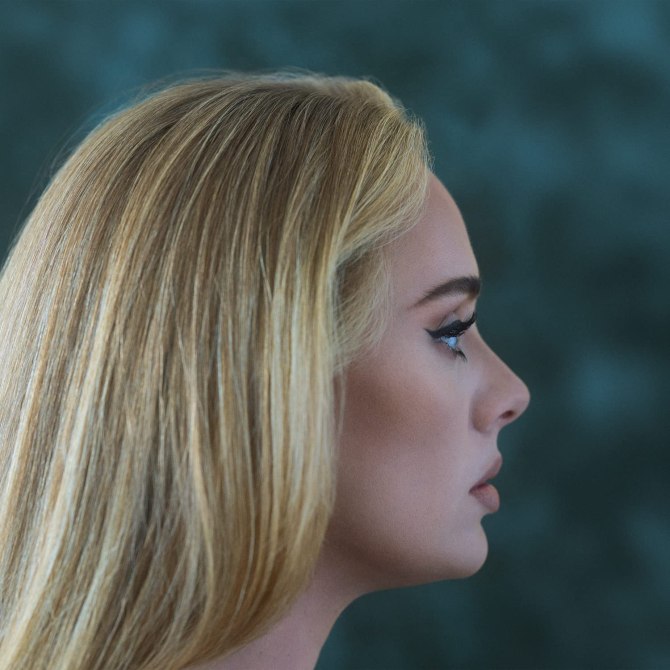 Who are Adele’s “I Drink Wine” lyrics about?

Adele’s father, Mark Evans, died in May 2021 of bowel cancer, the same disease that killed his father. Adele became estranged from her father, who suffered from an alcohol addiction, after his divorce from her mother, Penny Adkins, when she was 3 years old. In an interview with The Sun in 2016, Evans apologized to Adele for how “rotten” of a father he was for her amid his struggles with alcohol. “I was a rotten father at a time when she really needed me,” he said at the time. “I was putting away two liters of vodka and seven or eight pints of Stella every day. I drank like that for three years. God only knows how I survived it. I was deeply ashamed of what I’d become and I knew the kindest thing I could do for Adele was to make sure she never saw me in that state.”

Evans explained that he became dependent on alcohol after he lost his own father, John, in 1999.  “I hit the bottle so hard that I am pretty much oblivious to anything that happened to me for three years. I was way, way below rock bottom by then. I reckon I made Oliver Reed look like a teetotaller,” he said. “I was in the darkest place you can imagine. I saw no way out. I didn’t really care whether I lived or died.”

He continued, “And all the time I thought, ‘How can I do this to Adele?’ I knew she’d be missing her grandad just as much as I was because they had such a close bond. She adored him. Yet all I could do was drink and I’m so, so ashamed of myself for that. I was in so much grief that I couldn’t see past myself and how I was feeling. I was not there for my daughter when I should have been and I have regretted.”

In “I Drink Wine,” Adele sings about how she’s “bounded by choices that somebody else” made. “How can one become so bounded by choices that somebody else makes? /  How come we both become a version of a person we don’t even like?” she sings. Though she didn’t reveal who the song was about, fans believe that the track could be about Adele’s father based on that lyric, as well as lyrics like—”When I was a child every single thing could blow my mind / Soaking it all up for fun but now I only soak up wine”—which hint at her childhood.

However, some fans believe that the song is about her ex-husband, Simon Konecki, whom she separated from in 2019. Adele and Konecki share 9-year-old son Angelo Adkins. In an interview with Vogue in November 2021, Adele revealed that she and her husband broke up simply because she “wasn’t happy.” “I was just going through the motions and I wasn’t happy,” she said. “Neither of us did anything wrong. Neither of us hurt each other or anything like that. It was just: I want my son to see me really love, and be loved. It’s really important to me. I’ve been on my journey to find my true happiness ever since.”

That issue in their relationship is hinted in “I Drink Wine.” “I hope I learn to get over myself /  Stop trying to be somebody else / Oh, I just want to love you, love you for free / ‘Cause everybody wants something from me, you just want me,” she sings.

Read the full lyrics to Adele’s “I Drink Wine” below. 30 by Adele is available on Amazon
.

How can one become so bounded by choices that somebody else makes?
How come we both become a version of a person we don’t even like?
We’re in love with the world but the world just wants to bring us down
By puttin’ ideals in our heads to corrupt our hearts somehow
When I was a child every single thing could blow my mind
Soaking it all up for fun but now I only soak up wine
They say to play hard, you work hard, find balance in the sacrifice
And yet I don’t know anybody who’s truly satisfied

You better believe I’m trying (Trying, trying)
To keep climbing (Climbing, climbing)
But the higher we climb feels like we’re both none the wiser

So I hope I learn to get over myself
Stop trying to be somebody else
So we can love each other for free
Everybody wants something, you just want me

Why am I obsessing about the things I can’t control?
Why am I seeking approval from people I don’t even know?
In these crazy times I hope I can find something I can cling onto
‘Cause I need some substance in my life, something real, something that feels true

I hope I learn to get over myself
Stop trying to be somebody else
Oh, I just want to love you, love you for free
‘Cause everybody wants something from me, you just want me

Listen, I know how low I can go, I give as good as I get
You get the brunt of it all ’cause you’re all I’ve got left
I hope in time (Hope in time) we both will find (We’ll both find) peace of mind
Sometimes the road less traveled is the road best left behind

So I hope I learn to get over myself
Stop trying to be somebody else
Oh, I just want to love you, love you for free, yeah
‘Cause everybody wants something from me, you just want me

You better believe I’m trying (Trying, trying)
To keep climbing (Climbing, climbing)
But the higher we climb feels like we’re both none the wiser