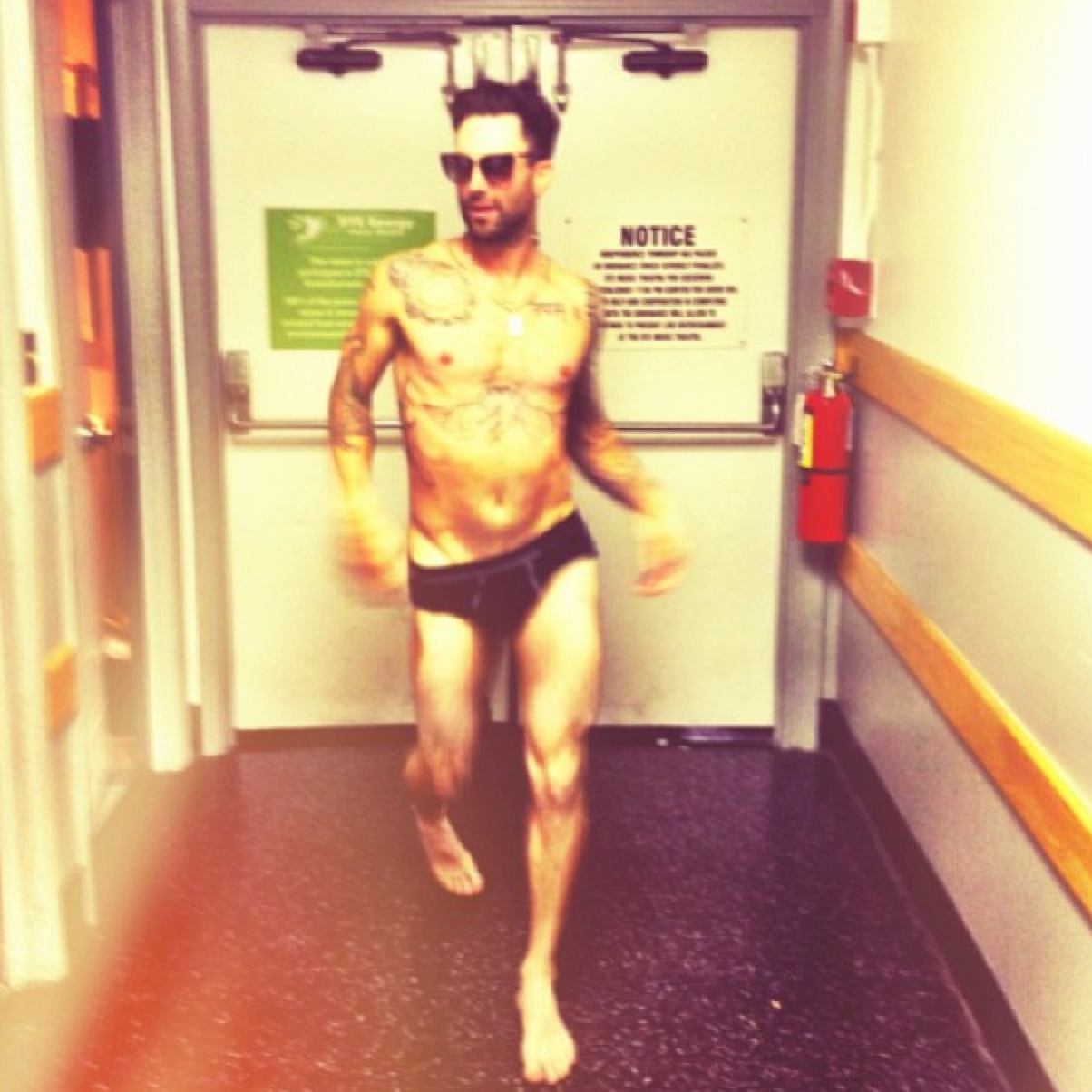 They say if you’ve got it, flaunt it, and Adam Levine clearly lives his life by that mantra. The 34-year-old Maroon 5 frontman and “The Voice” judge is seriously unafraid of stripping down, be it for an ad campaign benefiting colon cancer, a Russian Vogue spread with his ex-girlfriend Anne V, or even an Instagram photo.

What do you think of this racy pic? Should they keep these moments off social media—or was Behati Prinsloo just trying to make every woman in the world jealous?