Is Baby No. 3 on the way? Adam Levine’s wife Behati Prinsloo responded to pregnancy rumors via a clue on her Instagram Stories, and sorry to disappoint fans, but it doesn’t seem like the couple is expecting. Pregnancy rumors started on Sunday, February 9, after the Maroon 5 singer, 40, and the Victoria’s Secret angel, 31, attended the Vanity Fairs Oscars Party.

After the couple walked the red carpet, fans took to Prinsloo’s Instagram to ask her if she’s pregnant. “Are you pregnant?” one fan wrote on a photo of the model kissing her husband. Another commented, “Wait is this a pregnancy announcement? Congrats 💕” One more person wrote, “OMGGGG R U PREGNANT AGAIN? Omgggg love u 🐝”

Though Levine and Prinsloo haven’t explicitly confirmed or denied the rumors, the model did take to her Instagram Stories on Tuesday, February 11, to post a photo of her dinner: nigiri with raw fish eggs. According to the American Pregnancy Organization, foods that should be avoided while pregnant include unpasteurized milk, soft cheeses, alcohol and yes, raw and undercooked fish. So chances are, if Prinsloo is eating sushi, she likely isn’t pregnant. Still, the photo doesn’t rule out the possibility of pregnancy entirely. Though experts report that no amount of alcohol is safe during pregnancy, there’s more of a gray area when it comes to raw fish. The National Health Service also reports that some raw fish can be consumed if it’s frozen beforehand, which kills any worms that may present. 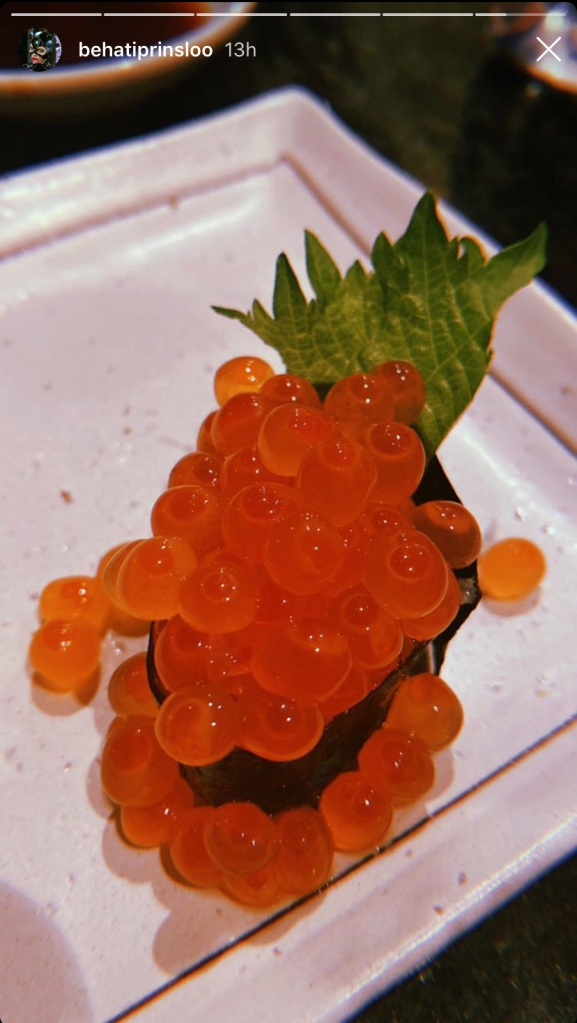 It’s also important to note that, aside from alcohol, there isn’t a lot of definitive information about the foods that are or unsafe to consume while pregnant, and that there are many people who are less strict with what they eat when they’re expecting. So perhaps Levine and Prinsloo could be having another child? The couple already share daughters Dusty, 3, and Gio, 1, so who knows if another will join their brood? But if we were going to bet money, we’d say that that sushi photo says otherwise.