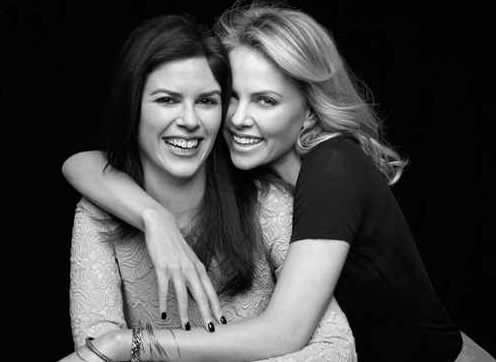 We’ve long been fans of Oscar winning actress Charlize Theron‘s style—it’s hard not to look good when you have a longstanding relationship with Dior—but now she might be taking her interest in fashion to the next level. The Oscar-winning actress is reportedly shopping around the idea of a women’s fashion line focused on denim called Theron Jeans, in collaboration with her longtime stylist Leslie Fremar, which would sell in mass-market stores, according to the The Hollywood Reporter.

Given that celebrity stylists launching their own collections is somewhat of a trend these days (Kate Young‘s line with Target hits stores on April 14, and Jeanne Yang‘s Holmes & Yang—a joint effort with her A-list client Katie Holmes—is sold at Barneys), it makes sense that Fremar is jumping on the design train.

Fremar has dabbled in design before, collaborating on a T-shirt collection with Fruit of the Loom that’s sold at Bloomingdales. While well-known in the industry, working on a new project with her most high profile client might be just what Fremar needs to make her a household name.

Update: We received an email from Fremar, who told us: “Things spread like wildfire online, but Charlize and I do not have a denim line.”