The hardest lesson I’ve had to learn is to not trust my eyes because, more often than not, they’re lying to me. Every time I look in the mirror, I see an image that magnifies every perceived flaw and trouble spot: my stomach, my thighs, my arms. When I stand in front of it, I push down on my stomach to try to flatten it like the ones on my Instagram feed, pulling on my skin to the point of physical pain. I measure myself multiple times a day, hoping to satisfy my fitness tracker but only managing to drive myself to panic attacks. From my perspective, everything is wrong with me.

Yet whenever I open up about my anxiety and discomfort with my body, I get the same reaction:

“You’re too thin to feel insecure.”

“Stop whining, I would kill to look like that.”

“I’m so sick of skinny bitches.”

Many think I’m trying to attract compliments or attention. But in reality, I have body dysmorphia, a mental illness that focuses on physical flaws to the point of obsession. Sometimes these flaws are real. Sometimes they aren’t. But they look and feel real to me, and living with them has triggered a severe eating disorder that has damaged my physical and mental health. I see one version of myself; everyone else is sees another.

You don’t need to be a certain size to feel insecure.

The body-positivity community is working hard to fight unyielding beauty standards, normalize plus-size bodies in the media and demolish fat phobia. Yet there is still work to be done regarding body-shaming of all kinds. What does it mean to have a “thin” body when it’s caused by an eating disorder? Does it matter if a body is seen as socially “acceptable” if the person feels terrible in it? Body-positivity has always been a part of feminism, but when we tell women how they’re supposed to feel about themselves based solely on our judgment of their appearance, how are we any better than those who oppressed us? In today’s culture, you don’t need to be a certain size to feel insecure.

Many women have been taught since childhood to feel bad about our bodies. In fact, according to the National Eating Disorder Association, concerns about weight and shape can begin in girls as young as age 6, and 40 to 60 percent of elementary-school-age girls are concerned about their weight and becoming fat. We have been conditioned to hate how we look at a young age, regardless of what we look like. Hating your appearance is almost a learned behavior, and the first step to breaking that behavior and healing is to speak out.

I’m not alone in feeling like my “privileged” body is unacceptable. Many celebrities have come forward to discuss their own body issues, only to face serious backlash. Riverdale actress Lili Reinhart recently admitted to Harper Bazaar that she has body dysmorphia. Her admission about her body insecurities and her struggle to accept herself have led to major criticism from some in the body-positive community. One Twitter user even suggested that she shouldn’t be given a platform because her body is “industry-standard” and that hearing about her insecurities is tiring. Reinhart responded to the tweet, explaining that “insecurities exist outside the limits of a certain dress size” and “you may not understand someone’s insecurity but respect it.”

Sometimes these flaws are real. Sometimes they aren’t. But they look and feel real to me.

Reinhart points out that body-shaming can take infinite forms and is harmful for those living with mental illnesses such as eating disorders and depression, regardless of what they look like. It’s important to understand that Reinhart’s insecurities are valid not only because she suffers from a disorder that alters how she sees herself, but because she, like all of us, lives in a world where everyone is looking to fix or change her. There’s always someone or something implying that she can be thinner, prettier, or more. In December 2017, for instance, Reinhart was included in a side-by-side meme with Victoria’s Secret model Taylor Hill, leading many people to call her fat in comparison. Reinhart is pulled in all directions from “too thin” to “too fat,” and that amount of judgment would be exhausting and emotionally painful for anyone, including a celebrity.

Earlier this year, comedian Amy Schumer faced similar backlash when the trailer for her film I Feel Pretty premiered. Many said the film—a comedy about a woman who learns to love how she looks only after sustaining a major head injury—not only discourages body positivity, but that Schumer’s body is too slim to be seen as overweight. They argued that Schumer has an average body type and thus it’s not valid or realistic to claim that she could feel insecure about it. Regardless of anyone’s opinions of the movie, saying that Schumer isn’t qualified to talk about body image invalidates her own experiences, which is pretty ironic, given that she has publicly faced body-shaming for years and is frequently called plus-size in magazines.

Everyone has the right to feel insecure, regardless of size, weight or body shape.

In an essay for Bustle, Schumer confronted her critics. “There are those who said my character shouldn’t feel insecure about her size. But it’s not anyone’s place to tell someone whether or not they have a right to feel bad about themselves.” Like all women—all humans—Schumer’s feelings are valid because they’re her own. Internally, Schumer has her own feelings about her body, and she has an absolute right to them, whether they’re feelings of confidence or insecurity (or a mix). It shouldn’t matter if she has a “regular” body type. If she feels bad about her body and is learning to love it, then she should be allowed into body-positivity conversations, as should any person of any size or perspective.

Rini Frey, an activist behind Own It Babe, an online eating disorder and healthy living community, has also faced backlash for her “thin privilege,” with some believing that her behavior is insensitive toward people with larger or more marginalized bodies, simply because some find hers to be relatively more socially acceptable. The reaction recently triggered Frey to remove all body-positive hashtags from her Instagram.

The perfect body is a myth we all have to rise above.

Though Frey’s body may be seen as thin, she has also opened up about suffering from an eating disorder. Though some may consider our bodies “privileged,” their shapes are at least partially a result of a life-threatening illness. By calling our bodies “privileged,” we’re dangerously close to implying that those struggling with eating disorders are privileged. This creates damaging stereotypes that not only keep people from getting help, but can even lead to death. Eating disorders have the highest mortality rate of any other mental illness, but they rarely get the kind of attention that brings light to that fact. 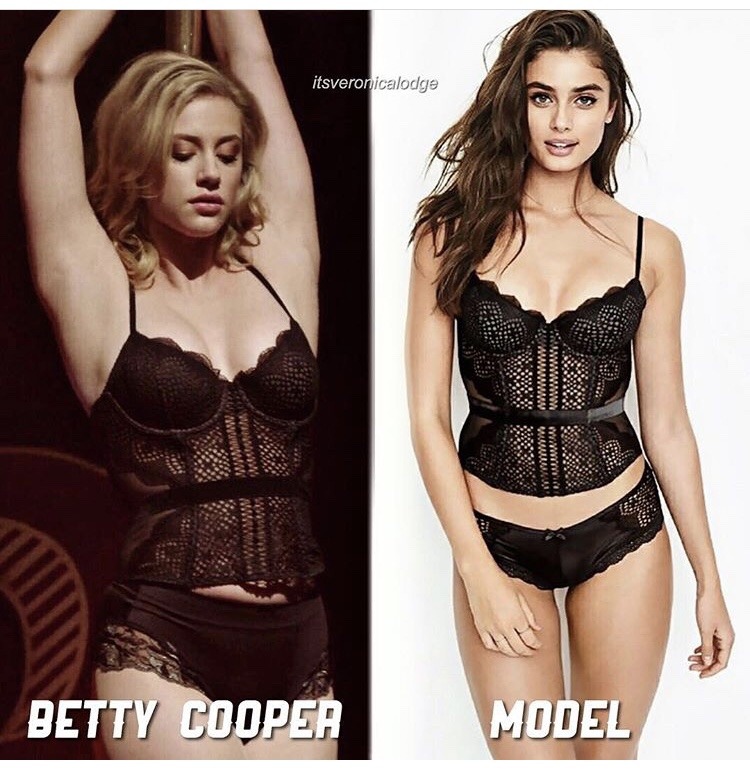 Mental illness is an illness—not a privilege. My “thin” body is no reward for the struggles I have to endure. When we force people to suffer in silence because of how they look, we’re saying their illness isn’t valid. When I asked Frey what body-positivity means to her, she told me: “We deserve to embrace our body, no matter what it looks like and to also understand that every recovered body looks different and that, in and of itself, is beautiful.”

We are all victims of society’s gaslighting.

None of this is to say that plus-size bodies are not marginalized or that fatphobia isn’t a real, serious issue that people deal with daily. Plus-size bodies are more marginalized than thin ones, and are more discriminated against. Plus-size bodies have always needed the body-positivity movement and, in my opinion, still need it most today. They are and need to be the loudest voice when we talk about body positivity, self-love and acceptance, because the road to overcoming discrimination is undeniably a longer and more uphill one. However, by saying that people with thin or average bodies are not welcome in body-positivity conversations not only promotes eating-disorder stereotypes but invalidates an almost universal truth: We’re all victims of society’s gaslighting about beauty standards.

All bodies have been targeted to feel inferior and unable to measure up to impossible and unrealistic expectations. Reinhart’s body may be “industry standard” to some, but she’s still photoshopped in magazines. Schumer’s body may appear “average” to many, but plenty of people still negatively label her as plus size. The truth is, we’re all struggling with insecurities of various forms and with different effects. The idea of a perfect body is a myth we all have to rise above. By coming together and supporting each other, we can all move beyond beauty standards and body-shaming and promote real diversity and inclusivity.