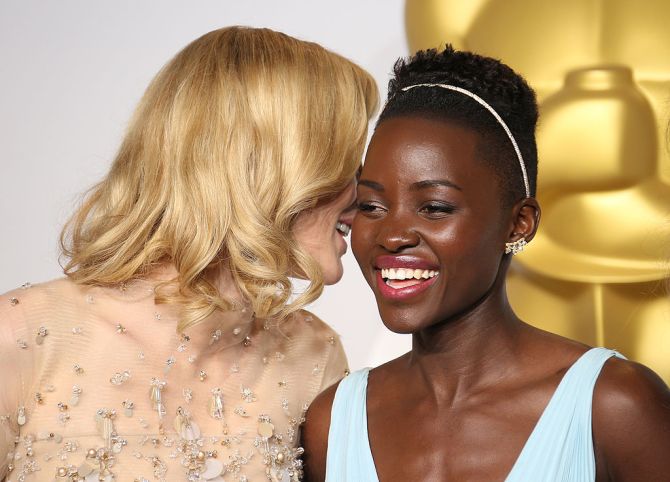 The Academy of Motion Picture Arts and Sciences has unanimously voted to diversify its membership, doubling the number of women and diverse members by 2020—a long overdue move, but one that was obviously spurred by the negative publicity surrounding the fact that, for the second year in a row, every actor nominated for an Oscar is white.

“The Academy is going to lead and not wait for the industry to catch up,” president Cheryl Boone Isaacs said in a statement. “These new measures regarding governance and voting will have an immediate impact and begin the process of significantly changing our membership composition.”

Since the nominations were revealed earlier this month, high-profile celebrities like Jada Pinkett Smith, Will Smith, and Spike Lee have spoken publicly about their plans to boycott the 2016 ceremony.

The Academy said it’s implementing several major changes to its voting requirements, but the largest—and most significant—is reviewing its new and current members every 10 years. The idea is that members who haven’t been active in the film industry in a decade could lose the right to vote. However, as the New York Times notes, members of the academy, as well as everyone who has been nominated for or won an Oscar, has lifetime voting rights.

Earlier this week, Isaacs, who is African-American, admitted to being “heartbroken and frustrated by the lack of inclusion” in the prestigious awards ceremony, and declared it was “time for big changes.”

The lack of diversity in Hollywood is sadly nothing new. Time crunched the numbers, looking back to 1929, when the Academy first started handing out Oscars, and found that of the 859 actors nominated for the gold statues since then, only 30 of those were black.

Plus, of the 348 actors who won an Oscar since the 1920s, only 15 of those winners were black—and that’s to say nothing of other minorities.

There have been only four African Americans to win the coveted Best Actor award—Sidney Poitier, Denzel Washington, Forest Whitaker, and Jamie Foxx—while Halle Berry remains the sole black woman who’s won in the Best Actress category for her performance in the 2002 romantic drama, Monster’s Ball.