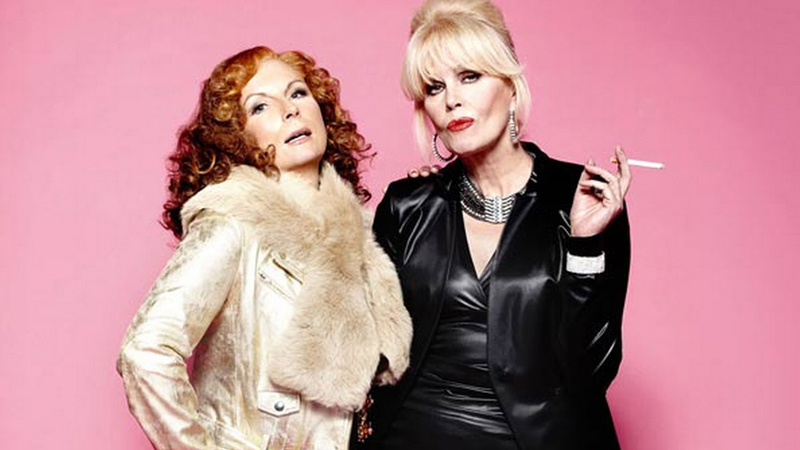 Jennifer Saunders—the show’s creator and star—has confirmed that she’s finished writing the movie and it includes the show’s original cast. Even better: She wants to make the flick by the end of the year. Saunders told The Mirror: “I’ve finished the first draft. I’m feeling euphoric. My proper New Year’s resolution is to do the film, otherwise it’ll be a pointless year of procrastination.”

A little background for those not familiar with the show on why this is such great news: “Absolutely Fabulous” (or “Ab-Fab” as fans call it) first began airing on BBC in 1992, and enraptured British and American fans alike thanks to its slightly absurdist, satirical take on fashion, and female relationships.

Saunders plays Edina, a fashion publicist with a conservative daughter, an out-to-lunch assistant and a penchant for fad diets and too tight outfits from Christian Lacroix. Then there’s her best friend Patsy (played by Joanna Lumley). She’s supposed to be a fashion editor, but spends most of her time drinking Veuve Clicquot in Edina’s kitchen and injecting herself with a Botox-like substance called Parallox.

Among the show’s best moments: A trip to New York just because Edina likes the doorknobs at the Four Seasons, an episode where the duo hire gay-male escorts for New Year’s Eve (hijinks naturally ensue), and an episode where Edina decides to install a panic room in her home because it’s trendy.

MORE: The First ‘Entourage’ Trailer is Kind of Meh

The film version of the series has been tentatively titled “Edina and Patsy”, and Saunders said of what to expect: “I haven’t got the storyline completely sorted out yet,” she said, “but I want to cast everyone who has ever been in the show to be in it.” Considering the likes of Kate Moss, Naomi Campbell, and Sir Elton John have all made cameos on the show, that would be quite the impressive feat.

While we count the days till this movie is released, if you haven’t watched “Absolutely Fabulous”, we highly suggest that you drop what you’re doing, and watch the entire series on Amazon. You can thank us later.