By the time she was 14, Abigail Breslin had a career that most actors, young and old, would envy. She had an Oscar nomination, roles opposite A-listers such as Catherine Zeta-Jones, Cate Blanchett, and Cameron Diaz, and a promising career as one of Hollywood’s next It-girls. But behind the scenes, Breslin considered herself an ordinary teenager, going through the same struggles and experiences that all puberty-age girls go through. The only key difference: Her mistakes and bodily changes were splashed across the tabloids.

“I had a pretty average upbringing,” Breslin tells StyleCaster at an event for Always’s #LikeAGirl campaign with Walmart. “The only difference with my childhood was that I had all the same feelings, but maybe they were more amplified in terms of being in the public eye.” 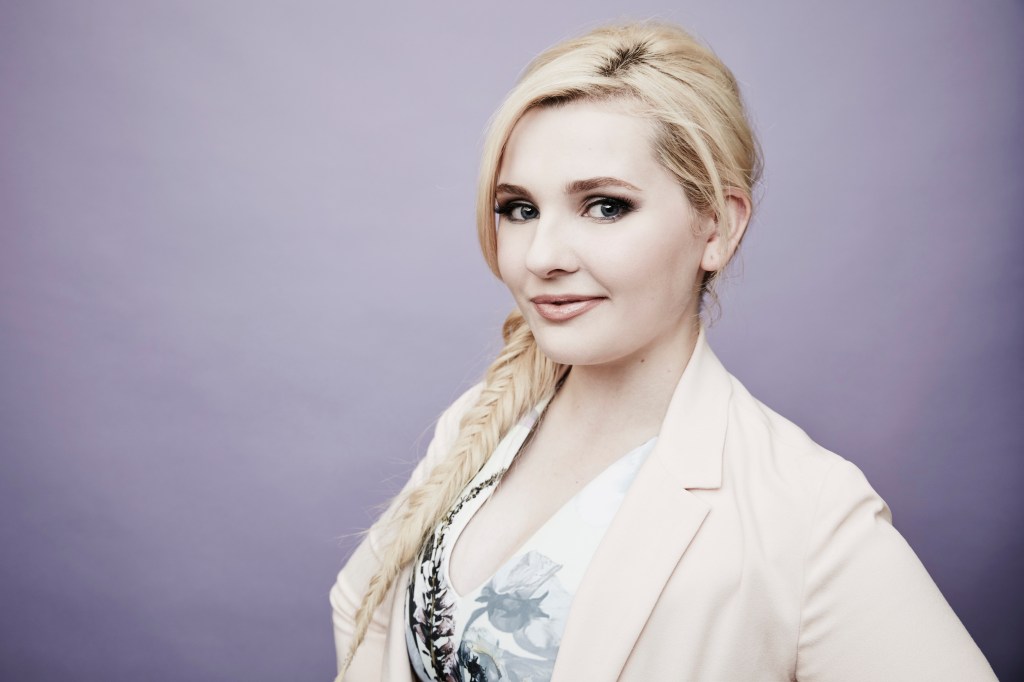 In a matter of months, Breslin watched as the media’s opinion of her changed from the squeaky-clean 10-year-old audiences met in “Little Miss Sunshine” to a young woman still finding herself. Breslin started to see her name attached to plastic surgery rumors, accusing her of surgically enhancing body parts that naturally transitioned during puberty.

“I remember being 14 and having an article written about me getting a boob job,” Breslin says. “I was like, ‘I didn’t get a boob job. I just got boobs. I’m a girl going through puberty.’ That was really weird. As a young girl, that definitely makes you very self-conscious, knowing that people are looking at your body and your face and the way that it changes.”

That was the trickiest part, trying to figure out who I was without other people’s opinions affecting that.

Even minor changes, like Breslin cutting her hair into bangs, were scrutinized by the media, making it difficult for her to find her identity as an adult while facing constant criticism. “We all have made mistakes. I made the same mistake that many, many people made of getting bangs when I was 13, and it was not a good look for me,” Breslin says. “Now people have bad haircuts and they get made fun of on Instagram. But for me, it was in People magazine. It was definitely scary. That was the trickiest part, trying to figure out who I was without other people’s opinions affecting that.” 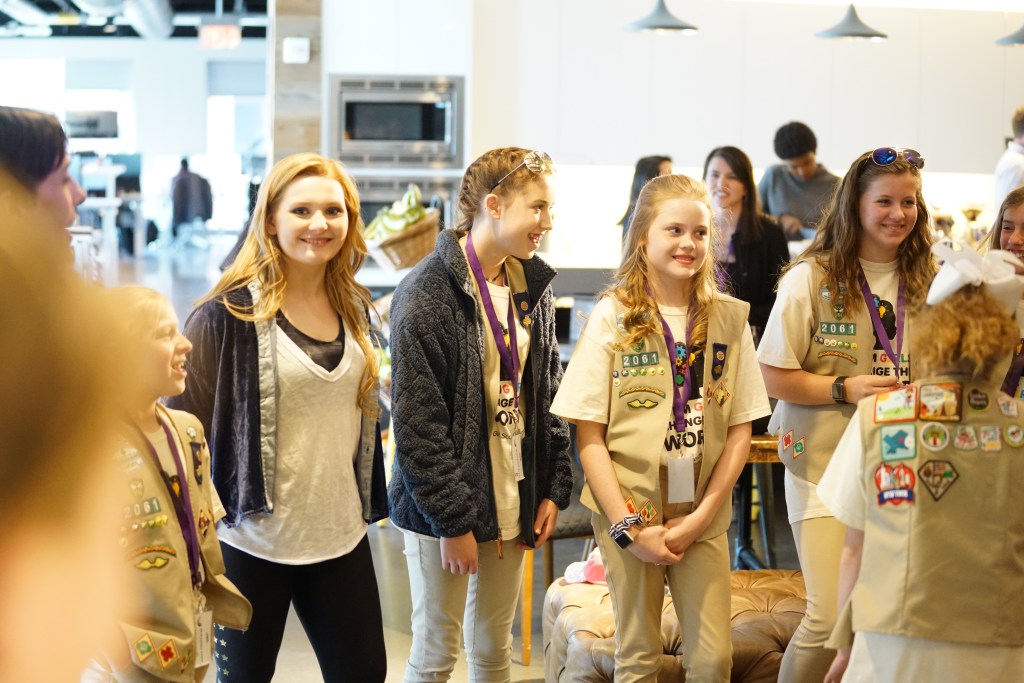 To combat the lack of women in STEM, Always, #LikeAGirl, and Walmart hosted a STEM event for Girl Scouts in sixth to eighth grade. Photo: Always

Though Breslin eventually learned to ignore the tabloids’ coverage of her, she couldn’t shake the sexist difference between the way that she and her mistakes were written about versus her male peers. “It’s a double standard. If you open up a tabloid, you see 20 pictures of women with the wrong pair of jeans on with the wrong top, but you never see a paparazzi picture of a guy coming out of a bathroom with his face not shaven perfectly or his zipper down,” Breslin says. “It’s about the way society discusses those things. When a guy looks messy, it’s, ‘Oh, he’s just a guy being a guy. It’s so charming.’ When it’s a woman, it’s, ‘Wow. She’s really let herself go. She doesn’t care about herself. She’s going off the deep end.’ There’s much more targeted negativity toward women. The forgiveness level for men is much higher.”

There’s more negativity targeted toward women. The forgiveness level for men is much higher.

Breslin’s fight against unrealistic beauty standards is why she’s defended female celebrities, such as Selena Gomez, against body-shaming, and called out fitness companies, such as Gold’s Gym, for promoting thinness and suggesting that the sole purpose of working out is to become skinny—a lesson that Breslin herself has had to learn.

“It’s so out there in the media that you should look a certain way and have a certain body type,” Breslin says. “A lot of the time, that’s completely unattainable and unrealistic. When I was younger, I wish I had people saying, ‘You don’t have to work out every single day to be stick-skinny or to be a certain way or to get a bigger butt. You should do it because it’s healthy for you.’ I feel the most confident when I’m working out to take care of myself, even if I don’t have Gisele Bündchen’s body.”

I don’t claim to know everything. I make mistakes all the time.

Though she doesn’t consider herself a role model (“I don’t claim to know everything. I make mistakes all the time”), Breslin acknowledges that she does have an influence over young fans, which is why she takes special care in choosing roles that show young women in a positive light—something she saw lacking when she was growing up.

“I’ve seen my friends’ little sisters saying, ‘I’m going on a diet because I saw this thing on Instagram.’ I’m like, ‘You’re 10. No. What are you talking about?’” Breslin says. “The older that I get and the more I remember how I felt when I was younger and how the things on TV and in film influenced me, I started to realize that, whether you like it or not, you are somebody who is being looked at and watched by younger people. I do feel somewhat of a responsibility in choosing characters that are women that have depth and have complicated lives and are not just the hot girl or the nerdy girl.”