Given that his fight with Cody is one of the main storylines on Katie’s Bachelorette season, it’s understandable why fans want to know Bachelorette 2021 spoilers about Aaron Clancy to see how the feud goes down.

Aaron is one of 30-plus contestants on season 17 of The Bachelorette with Katie Thurston. Katie a 30-year-old bank marketing manager from Renton, Washington, was announced as the season 17 Bachelorette at the “After the Final Rose” special for season 25 of The Bachelor with Matt James in March. Katie was a contestant on Matt’s season and was eliminated in 10th place, which makes her one of the earliest Bachelor or Bachelorette eliminees to become the lead of her own season. (Michelle Young, a 27-year-old teacher from Edina, Minnesota, was also announced as the season 18 Bachelorette. Her season will premiere later this year.)

Though Aaron is focused on Katie, the viewers are more concerned about his feud with Cody and how it affects his time on The Bachelorette. Ahead are the Bachelorette 2021 spoilers about Aaron we know so far and how his drama with Cody comes to an end. 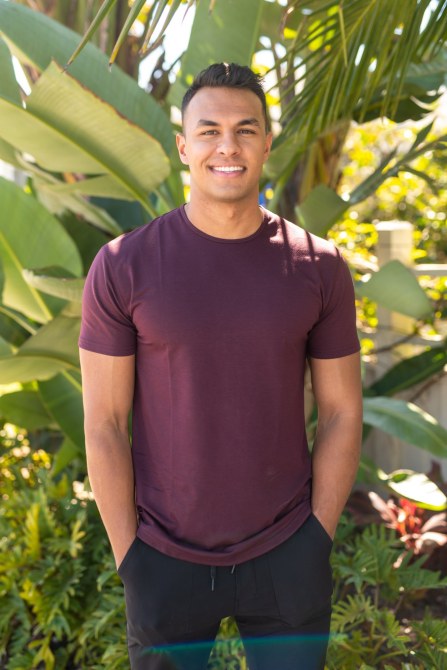 Who is Aaron from The Bachelorette?

In his Bachelorette bio, Aaron, a 26-year-old from San Diego, California, described himself as a “strapping young man” with an edge. “It’s easy to see that Aaron is a strapping young man, but don’t be fooled, there is much more to this California stud than meets the eye. Aaron currently works in sales and enjoys being outdoors, surfing and lifting weights, and he was an NCAA swimmer in college,” his bio reads. “He is thoughtful, sensitive and very ambitious, saying that in five years’ time, he hopes to own his business and work for himself. Aaron is looking for a woman who is down to earth, smart, funny and is someone who doesn’t take herself too seriously.”

His bio continues, “Aaron plans to leave a legacy behind, so he needs a partner who is going to support him and encourage his dreams. His one flaw? Aaron says he can be a procrastinator, but now he is done wasting time and is ready to find his wife!”

For his fun facts, Aaron listed the following:

– Aaron has one tattoo – his family’s initials on his neck.

– Aaron’s favorite holiday is Halloween because he loves when things get spooky.

What is Aaron’s job?

Aaron listed his job as an “insurance agent” in his Bachelorette bio. According to his Linkedin, Aaron has worked as as an account executive at Health IQ, a medical, life and car insurance company, since February 2019. Before that, Aaron worked as a sales manager at 24 Hour Fitness. He’s also been a lifeguard for Mt. San Antonio College and a swimming coach for the city of Walnut, California, his hometown. He graduated from the University of California, San Diego, in 2017 with a degree in international business. Before that, Aaron received his associate’s of arts in kinesiology and exercise science from Mt. San Antonio College. He was also on the swim team at both UC San Diego and his high school, Walnut High School.

Does Aaron win The Bachelorette?

It shouldn’t come as a surprise that Aaron doesn’t win The Bachelorette. In fact, he doesn’t even come close. But he does stay longer than his arch nemesis Cody. According to Reality Steve, Aaron is eliminated after his fight with Cody Menk, a 27-year-old zipper sales manager, comes to a head. Aaron and Cody both live in San Diego and run in the same friend circle. Though they don’t know each other well, Aaron told Katie that Cody is a party guy and isn’t on The Bachelorette for the right reasons. When Cody found out, he confronted Aaron and the two had an altercation. The altercation leads Katie to eliminate Cody but keep Aaron. Aaron, however, doesn’t stay long, as he’s sent home just one or two episodes after Cody’s elimination, according to Reality Steve.

So…who won The Bachelorette? The winner is Blake Moynes, a 30-year-old wildlife manager from Ontario, Canada, who became a surprise contestant on Katie’s season in episode 4. As Bachelor Nation members know, Blake was also a contestant on season 16 of The Bachelorette with Clare Crawley and Tayshia Adams, where he was eliminated in ninth place. According to Reality Steve, Blake proposed to Katie at the Final Rose Ceremony, and they’re engaged and still together.

As of now, we don’t know who wins Katie’s season of The Bachelorette. As for who else makes it to the end of Katie’s season, Reality Steve reports that her four finalists who receive Hometown Dates are: Andrew Spencer, a 26-year-old pro football player from Vienna, Austria; Justin Glaze, a 26-year-old investment sales consultant from Baltimore, Maryland; Greg Grippo, a 27-year-old marketing sales representative from Edison, New Jersey; and Blake. For more spoilers about The Bachelorette 2021, click here.