He may not have played in the most recent Super Bowl, but he scored a touchdown in the love department. News of Aaron Rodgers soon-to-be wife, Shailene Woodley, has led fans to wonder who else he’s dated in Hollywood. Turns out, he’s had more than one public relationship.

In an interview on The Pat McAfee Show podcast in September 2020, Rodgers, who is the current quarterback for the Green Bay Packers, revealed that he has a “new and increased love of life” thanks to some “changes” in his world (a.k.a. a new relationship.) “I have just a new and increased love of life,” he said at the time. “And I’ve made decisions and changes and habits that put me in a lot better headspace and there’s just a lot of things that have come together in my life over the last few months that have really been enjoyable and reminded me, given me perspective, on life and in football to view things through the most positive lens I possibly can.

He continued, “And that’s why I’m having so much fun and it starts with love. And then surrounding yourself with people that you really enjoy.”

It’s clear that Rodgers is loving life right now. Ahead is what we know about Aaron Rodgers’ soon-to-be wife, as well as his past relationships. Here’s a look at his relationship history. 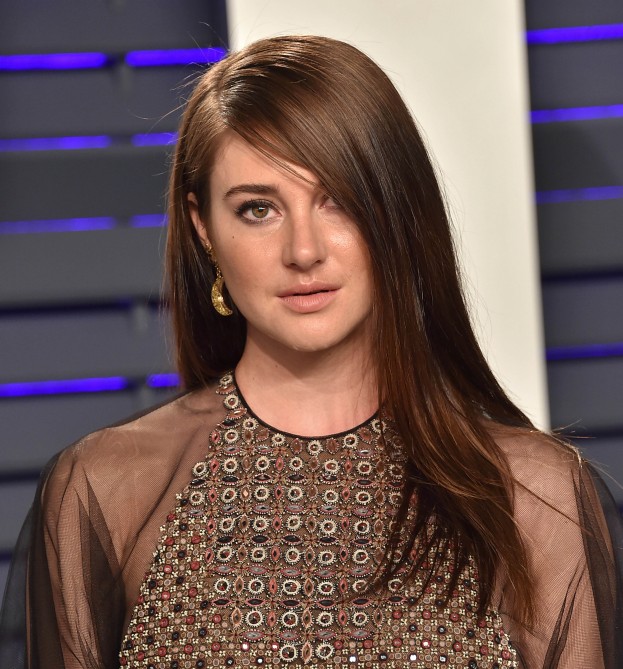 News broke of Woodley and Rodgers’ relationship in February 2021. “They have kept things private and low key,” a source told E! News at the time. The insider revealed that Rodgers and Woodley were in a long-distance relationship early in their romance because the NFL player lived in Green Bay, Wisconsin, where he was “very focused on his [NFL] season.”

At the NFL Honors broadcast that month, Rodgers confirmed that he and Woodley are engaged after he thanked his “fiancee” in his speech. “It’s an honor to win this award for the third time. 2020 was definitely a crazy year filled with lots of change and growth, some amazing memorable moments. 180 straight days of having my nose hair scraped, playing for very little fans or no stands the entire season,” he said. “I got engaged.”

A source told People at the time that Rodgers’ friends aren’t surprised he was so quick to propose. “They are very happy together,” the source said. “It’s not surprising he proposed so fast. When you know, you know, right?” 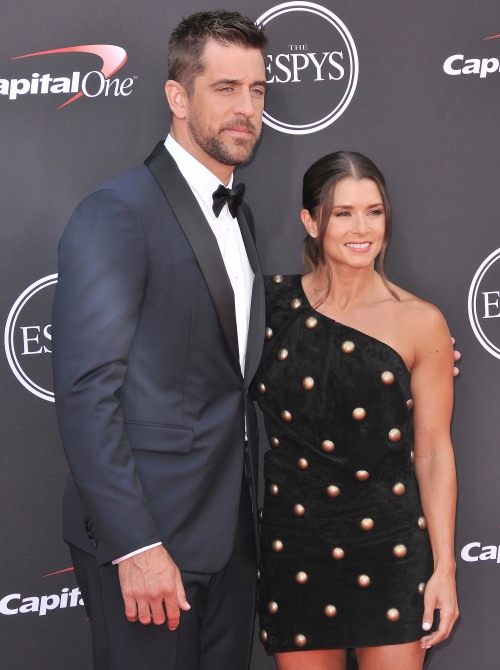 Rodgers was first linked to Patrick, a professional racing driver, in December 2017. In an interview on Jenny McCarthy’s SiriusXM show in May 2018, Patrick recalled how she met Rodgers at the 2012 ESPY Awards. “We both remember meeting each other, it was quick,” she said. “I got his email address and I remember thinking to myself, ‘Oh, not a phone number? Just an email address?'” In an interview with E! News in 2019, Patrick revealed whether she and Rodgers had talked about marriage. “Look, there’s no guarantees in life, but as long as you have that intention, that’s what matters, right?”

The two bought a $28 million mansion in Malibu, California, together in 2019 before their split the following year. In a statement to Us Weekly in July 2020, a rep for the racecar driver confirmed that Patrick and Rodgers were “no longer together.” 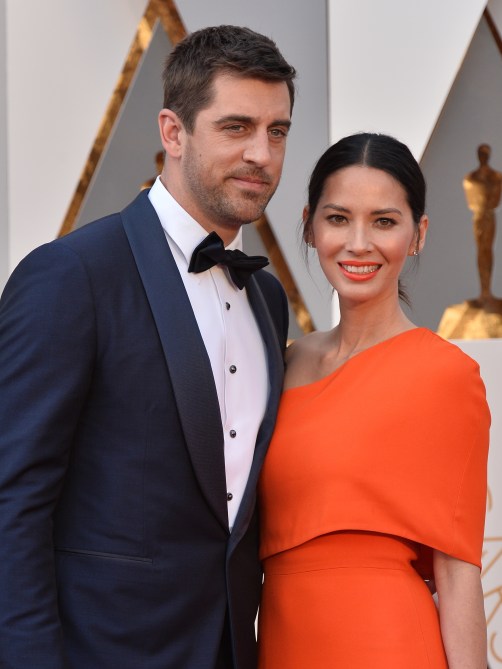 One of Rodgers’ most public relationships was with Munn, whom he dated for three years. The two started dating in 2014. A source told Us Weekly at the time that Munn was the reason for Rodgers’ estrangement from his family, including Bachelorette winner Jordan Rodgers. “Aaron is the one that has pulled away from the family, not the reverse,” the insider said. “When he got together with Olivia Munn, his family told them they didn’t trust her and thought she wasn’t with him for the right reasons. That made him furious, and he ended up choosing Olivia over his family.” Munn and Rodgers split in 2017.

In an interview with SiriusXM’s Radio Andy in 2018, Munn shut down rumors that she was the reason Rodgers is estranged from his family. “Before he and I started dating, he hadn’t spoken to the parents and one brother for, like, eight months before we started dating,” Munn said at the time. She continued, “They had a really nice conversation, then they started coming out my first year when I was in Green Bay in 2014. I just think it’s really important to try to mend things in a family, and I encouraged that.” 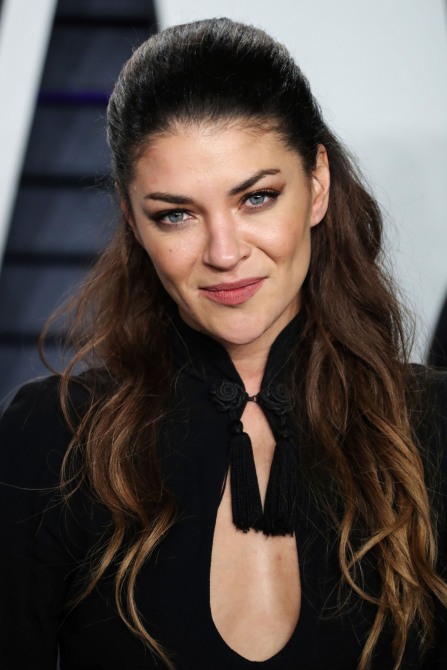 Rodgers was first linked to the Gossip Girl alum in 2011. The two split soon after but reunited for a short time in 2014. A source told Us Weekly at the time that the two first broke up due to other time commitments.

“They broke up because her schedule was crazy for a while and they just couldn’t stay together in that situation but now they have been spending their free time together and things feel good,” the insider said. “They fell right back into it.”