Lady Gaga and Bradley Cooper quickly rose to the highest levels of fame when A Star Is Born premiered October 2018. Gaga, who showed off her acting chops in American Horror Story, gave a performance of a lifetime. Cooper showed off his musical abilities that rivaled even Gaga’s star power. And the fairytale-esque movie left fans wondering: Is A Star is Born based on a true story?

The short answer is no. This is the fourth installment of A Star is Born. The film was originally made back in 1937 and starred Janet Gaynor and Fredric March. It was the first and only version of the film without music. Judy Garland and James Mason took their turn in A Star is Born in 1954. It’s not surprising the film became a musical, given Garlands rich vocals and familiarity with performing in movie musicals, such as The Wizard of OZ and Meet Me in St. Louis.

The most recent version prior to Cooper’s was in 1976 starring Barbara Streisand and Kris Kristofferson. The main plot line remains the same in all versions of A Star is Born. It’s Hollywood’s modern telling of Romeo and Juliet, except Juliet doesn’t die. A famous, alcoholic man meets the woman of his dreams. His career plummets just as the woman-who-he-loves-more than-life’s career skyrockets. The only difference between the films is the leading man’s career—in the first films, he was an actor and now, in most recent versions he is a singer. 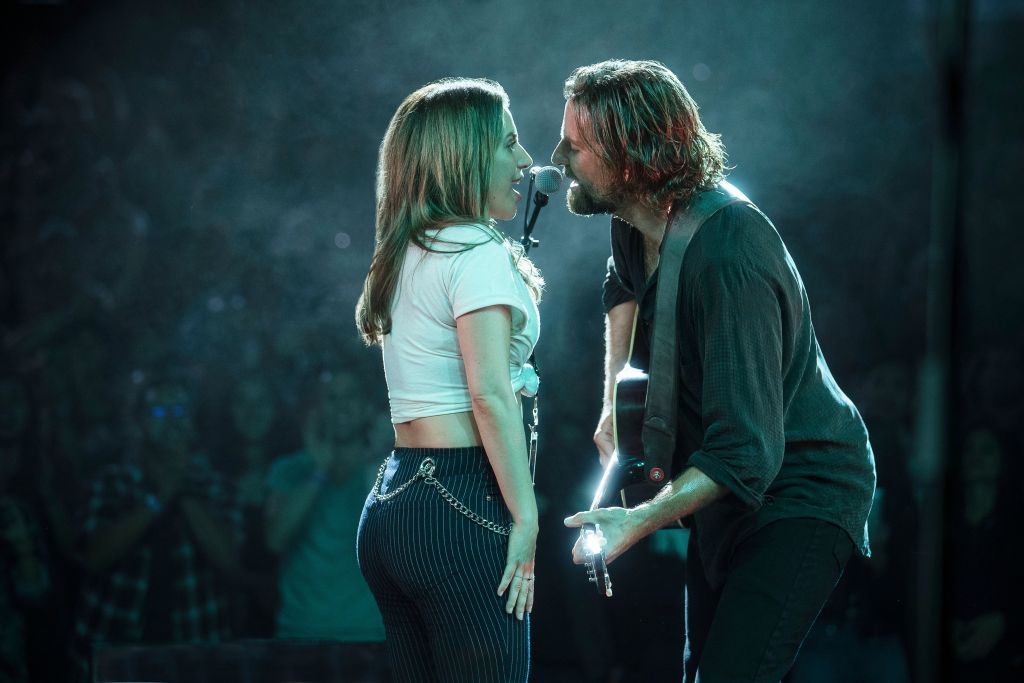 Ultimately one thing remains true: It is not based on a true story. But honestly, are you surprised? Ally’s rise to fame in the film is kind of too good to be true. Can you imagine? You’re singing in some random bar and the world’s biggest musician finds you, falls in love you, decides to take you on tour and makes you a huge star? Sounds great! Although that feels wrong to say given how things turn out for our heroine…we’ll say no more. But you should watch it if you haven’t!

All that said, Cooper has been very vocal about how much of his own life, as well as Gaga’s was used to mold the characters they would be playing. 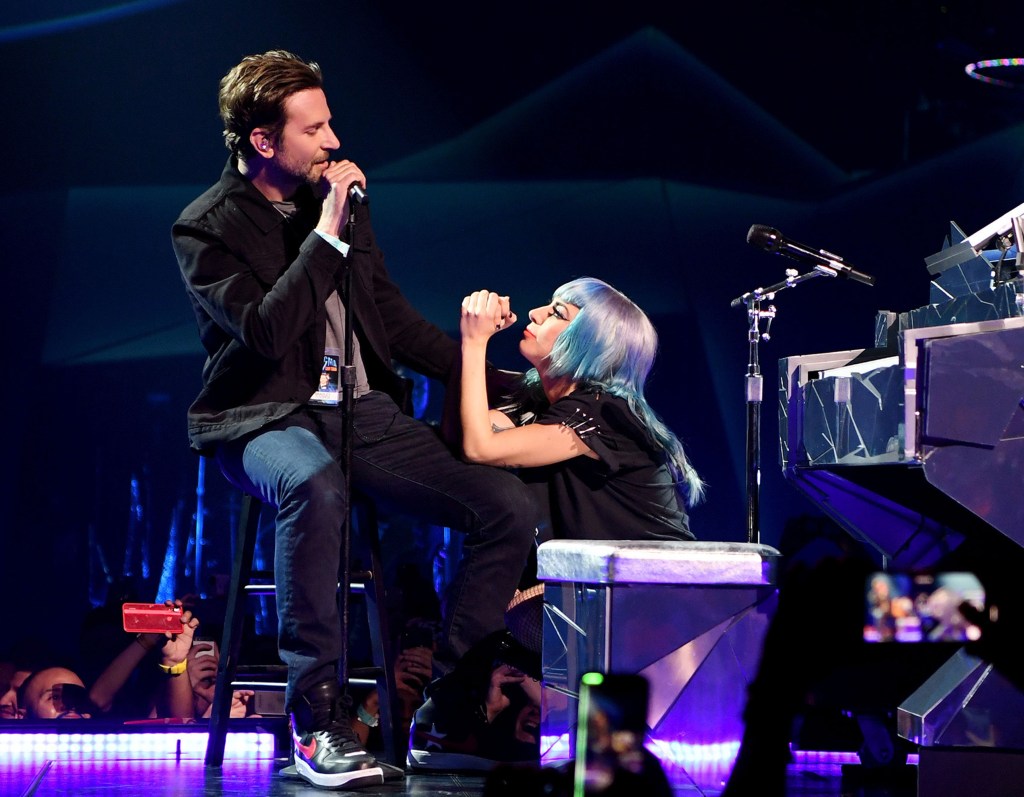 In fact, in an attempt to make the film more authentic and grounded in reality, Cooper used some of his history as well as Gaga’s. Her character wasn’t autobiographical per say, but she connected to it on a deep level because of certain added elements. “When I wanted to be a musician, I hit the ground running,” Gaga told Vanity Fair. “I was banging down every door I could, dragging my piano around New York trying to get people to listen to what I had to say.” Like Gaga, her character has been beaten down by the music industry for her appearance.“I had to go back even further, to my teenage years, where I was bullied in high school and felt not pretty enough,” she said.

The “Born This Way” singer actually started the same way her character Ally does in the film: singing at drag shows. Her first song in the film— and the first time Cooper’s Jackson sees Ally— is at the drag bar where she sings, “La Vie En Rose.”

So the characters have a lot of truth to them, many of their experiences, particularly as it relates to their careers, are based on real things the actors themselves dealt with. But the story overall is fiction. 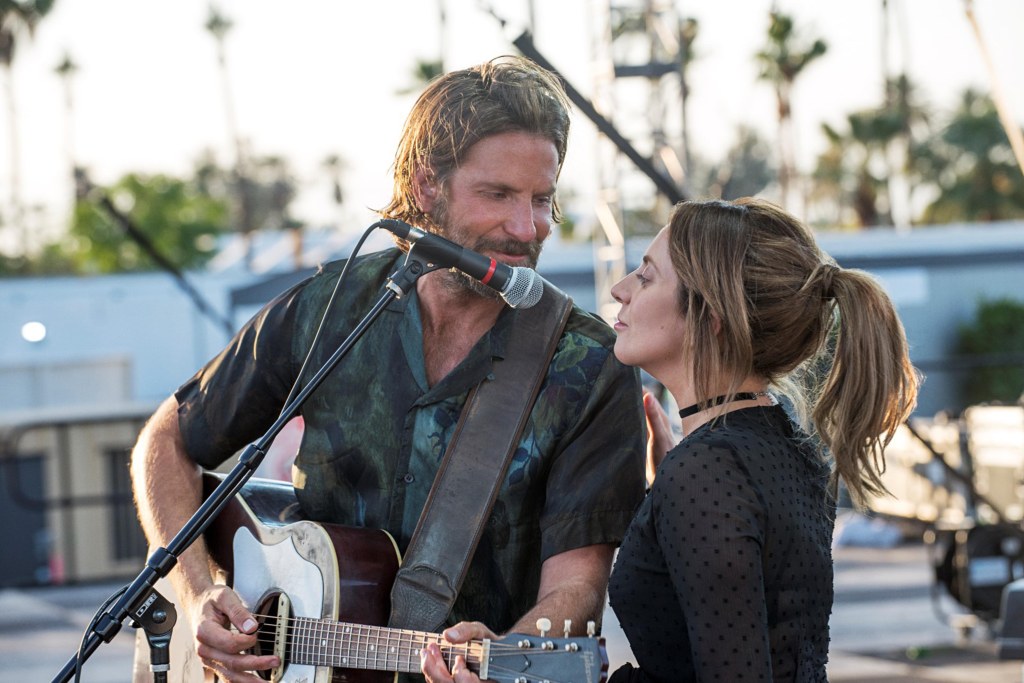 What isn’t fiction? Lady Gaga and Bradley Cooper’s adorable red-carpet moments. They seem to be the best of friends now (in fact— she may have gotten a tattoo for him!), and we love it. Prepare yourselves to watch a beautiful rendition of the hit song “Shallow” this Sunday night during the Oscars!