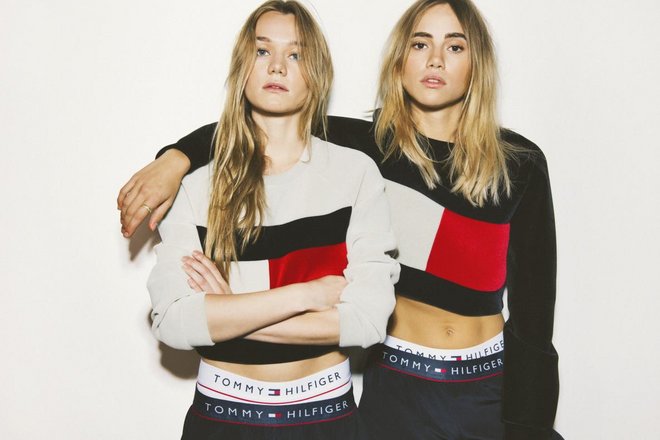 Of course ’90s-era Tommy is back. (Photo: MyTheresa)

It’s 1993, Manhattan, and day one of my new middle school. As a tween prone to fairly preppy, opinion-free clothing, I wore tapered light jeans, a navy tucked-in Sam and Libby tee with a giant gold sun on the front, brown suede oxfords, and carried a ridiculously large leather briefcase-satchel hybrid. I remember thinking my outfit was—to use ’90s parlance—the bomb diggity.

Until I rolled up to homeroom and saw what appeared to be every other kid decked out in giant pieces emblazoned with a mysterious red, white, and blue rectangle. That symbol was, of course, indicative of Tommy Hilfiger, a relatively unknown designer who was gaining steam with the streetwear crowd—also known as every kid from the age of 12 to 20 in New York City during the Dinkins days.

I remember having a very new, very visceral reaction to the unambiguous logo, the oversize cuts, and the status-y accessories, so—because my mom wasn’t forking over upwards of $50 for clothes she thought I wanted to fit in—I saved every cent of my birthday money to buy a few specific items: a thick cotton Tommy tee that hung past my knees, a white canvas overnight bag, and a pair of banded briefs I picked up in the men’s underwear department at Macy’s on 34th Street, which I let peek out beneath my (new, baggy) jeans. Let the record show muddy brown lipstick (Revlon’s Toast of New York was my school’s shade of choice), giant gold door-knocker earrings, and Nike Huaraches were also worn at this time. 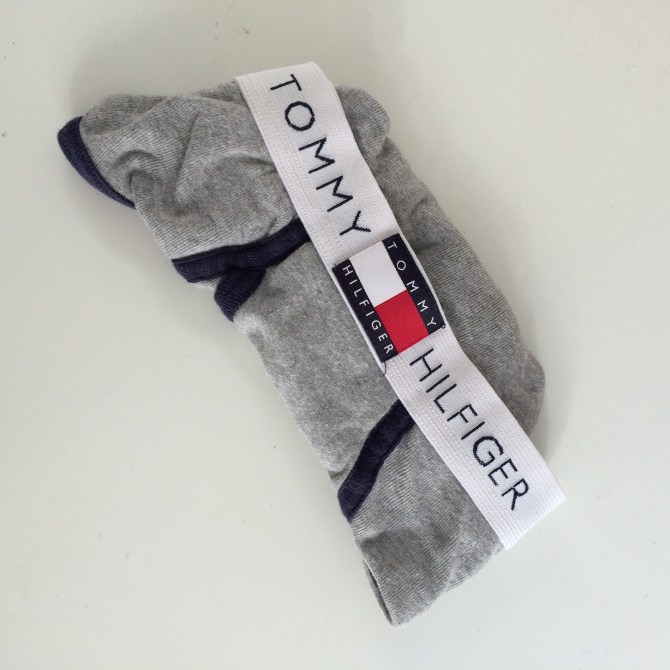 Yep, these are mine from the ’90s—and I still have them. (Perrie Samotin)

Not only did I genuinely love these items, I also loved the little cardboard tag they came with at the time; it featured the label’s icon, and everyone at school let one hang from the zipper of their Jansport backpacks—logomania at its absolute peak, and I bought right in.

As with most material things, I ended up cycling through them and moving on to new labels (Timberland, Fila, JNCO, a brief and unfortunate flirtation with Karl Kani), and I got rid of my tee and—regrettably—the amazing bag. I do still have the briefs, though, which I keep in a drawer because, well, nostalgia.

And though I moved away from exclusively wearing clothes 10 sizes too big as the decade approached its end and started to gravitate toward other looks that defined the era—stretchy spaghetti strap tops à la Amanda Beckett in Can’t Hardly Wait, goth-y Steve Madden flatforms, mini backpacks, straight strapless sheaths), I’m still in awe of my wholehearted dedication to embracing a specific look—I wore those Tommy pieces for a solid four years. 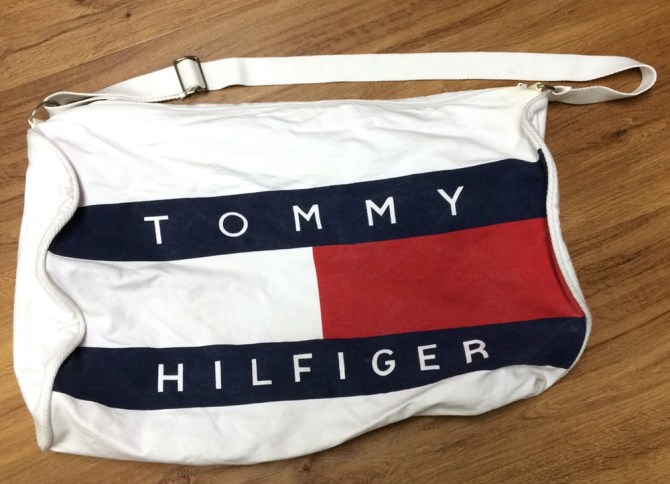 The amazing duffel that I gave away. (Photo: ’90s Throwback Streetwear)

Was I obsessed with Hilfiger and streetwear because everyone else was? Maybe in the beginning, but I remember for the first time in my life really feeling like I had a style I identified with—that I knew exactly how I wanted to look and what pieces could get me there. That was a valuable lesson for a kid who, before, mostly just wore what her mom picked out. Plus, there was no online shopping in the ’90s, so I still—to this day—remember the pure thrill of finding items I’d hoped were in stock hanging in a store.

Two decades later, the ’90s have officially permeated every aspect of today’s culture, from television to fashion and beauty, so I can’t say I’m surprised that Hilfiger is revamping the decade’s most iconic pieces for a capsule collection to be sold at Mytheresa.com.

Modeled by sisters Suki and Immy Waterhouse (who were actual babies when I first walked into my new school, FYI), the line offers eight pieces priced from $198 to $654.

Expensive to be sure, especially when the real stuff can be found on Etsy, eBay, and in every Goodwill from New York to California, but I get that these aren’t reissues of classic pieces—they’re elevated, modernized takes that the fashion crowd would be proud to wear without a hint of irony. (Okay, maybe a hint.) 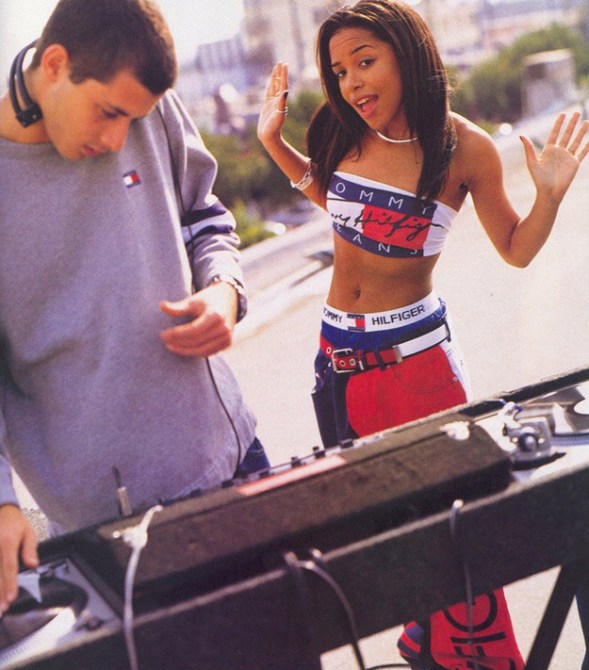 I never had the nerve to wear that one when it was originally released, I but might give it a go this time around. Might even break out the briefs, too.