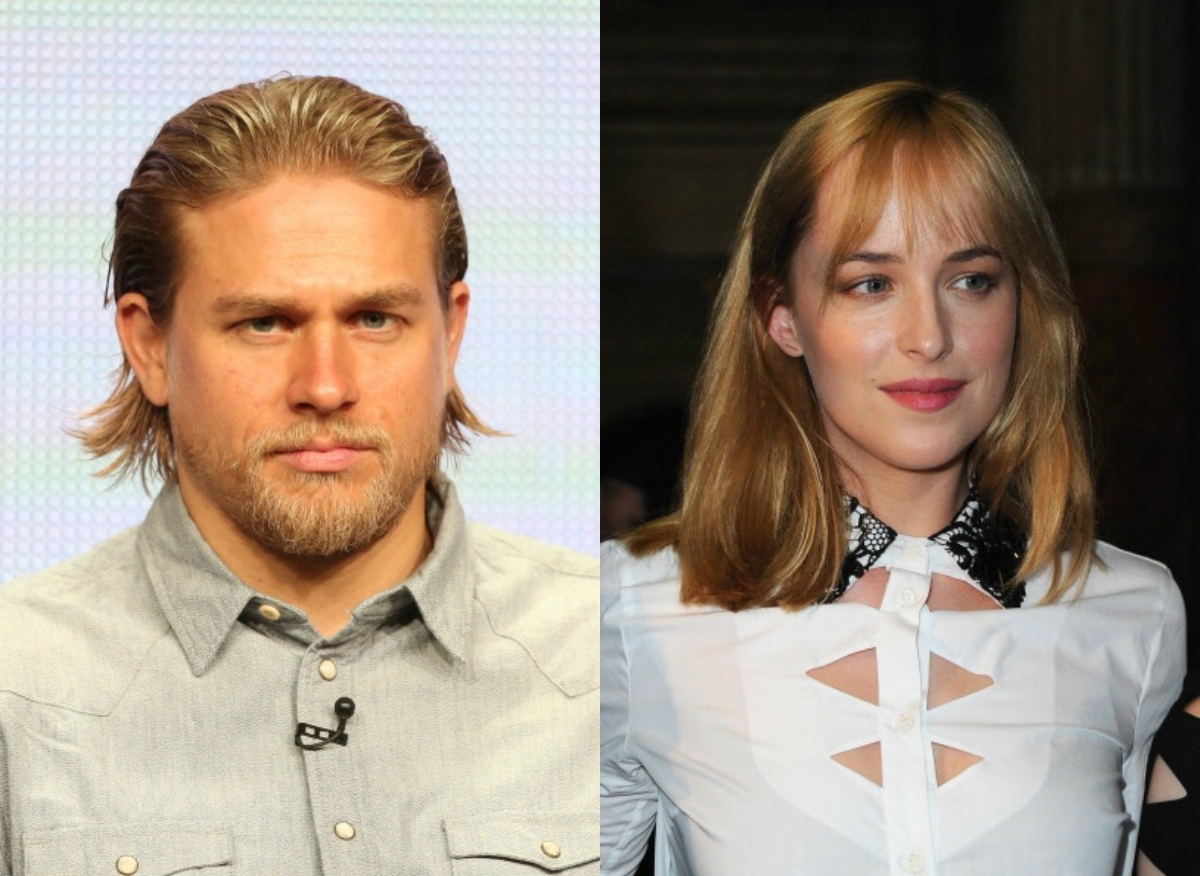 Charlie Hunnam and Dakota Johnson will play the leads in ’50 Shades of Gray’
Photos: Getty

The casting choice was announced today, and while at first it gave us pause—the two are working actors, yes, but definitely not household names—it actually called to mind Kristen Stewart and Robert Pattinson. Both scored the leads in “Twilight,” another culty book series turned movie, and neither were real-deal Hollywood stars at the time—and we all know how that turned out.

So, who are these two “50 Shades” actors we’re obviously going to be hearing a lot about during the upcoming months? (the film hits theaters next August.) Read on for quick primers on each.

Charlie Hunnam
Fans of FX’s Hamlet-esque motorcycle gang drama “Sons of Anarchy” are well acquainted with the hunky Hunnam, 33, who plays the show’s conflicted lead Jax Teller. While Hunnam plays a rough and tumble American on the violent Northern California-set show, he’s actually a Brit, and hails from Newcastle upon Tyne, England and was discovred in a shoe store as a teenager.

Hunnam has appeared in several films in small roles, as well as the British version of Queer as Folk, the FOX comedy “Undeclared,” and—fun fact—he auditoned for “Dawson’s Creek” in the ’90s.

Once-divorced, Hunnam has been dating jewelry designer Morgana McNelis since 2007, who lists Alexander McQueen, Riccardo Tisci and Francis Ford Coppola’s Dracula as influences on her website.

Dakota Johnson
Probably the biggest fact about Johnson is that the 23-year-old is the daughter of Melanie Griffith and Don Johnson, and the granddaughter of Hitchcock heroine Tippi Hedren.

A former model (Dakota signed with IMG in 2006 and was the face of MANGO Jeans in 2009), she starred in FOX’s canceled comedy “Ben and Kate” as a neurotic single mom, and also had a small role in 2010′s “The Social Network,” as a co-ed who sleeps with Justin Timberlake’s character.

No word yet if model Cara Delevingne snagged a small role in the film— it was reported last month she’d auditioned and is “desperate” for a part.

Keep an out out for much more about Charlie Hunnam and Dakota Johnson in the coming months, and let us know below what YOU think of the buzzy casting choices!