June 26 marks two years since the historic Supreme Court ruling that affirmed the right of all Americans, regardless of sexual orientation, to marry and have their unions recognized. To celebrate the anniversary of that incredible moment, we spoke to couples across the country about how the Obergefell v. Hodges ruling impacted their own marriages.

MORE: The Most Breathtaking Mermaid Wedding Dresses to Inspire Every Bride

Get ready to tear up over these amazing, inspiring love stories. 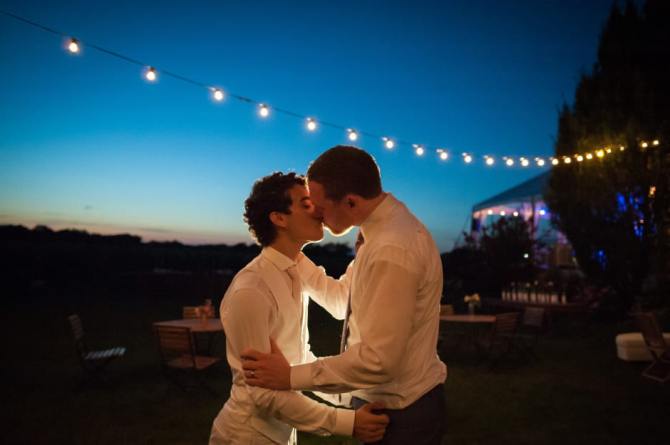 “The SCOTUS ruling was more than just a new law being passed, but a confirmation of acceptance. While my husband and I weren’t actively waiting for it to happen, it was a heartwarming decision when it did, being recognized by our U.S. government that we aren’t second-class citizens and can enjoy equal opportunity. The ruling was about more than just being able to refer to Alex as my husband, but enable us to enjoy all the rights and benefits of our married, straight counterparts. After that, getting married was breeze for us. The mayor of the town we got married in — Greenport on the North Fork of Long Island — ‘officially’ married us the day before the actual wedding. We’re about to celebrate our one-year anniversary and can’t wait to attend future gay weddings of loved ones…” — Haven, New York, New York, married one year

MORE: In a Love Rut? Try These 50 Romantic Date Ideas 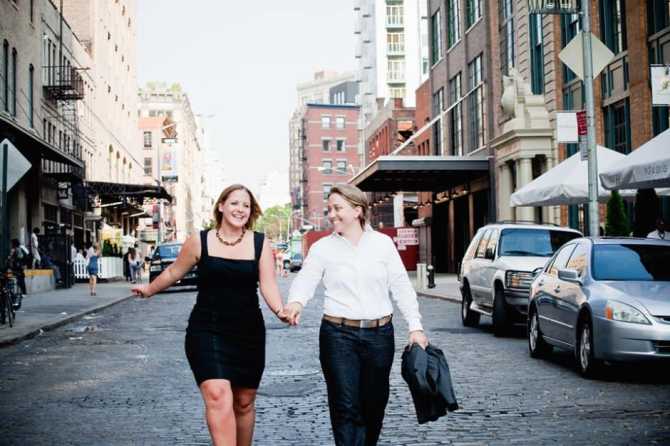 “My wife and I have been together since 2004. We married in Georgia in 2009 when we didn’t have marriage equality, but we had a glorious wedding just the same. We really wanted to honor our love for each other in a wedding in our home state before we had children. When New York passed marriage equality in 2011, we flew up there in August to legally wed at Manhattan’s marriage bureau when our twin sons were just 5 months old.

“Even though we’d already had a big wedding with all our family and friends, getting legally married was incredibly different. We felt validated. Our relationship was in the books! With our love officially recognized by the government, we were affirmed in the eyes of the law, which gave us even more ammunition when fighting homophobia in our own red state. We’re legally married now, and even if homophobic people want to oppose us, we have the law on our side. And that’s a wonderful feeling.” — Kirsten Palladino, Atlanta, Georgia, married eight years and legally wed for six years, author of Equally Wed: The Ultimate Guide for Planning Your LGBTQ+ Wedding

MORE: 10 Celebrity Couples Who Fell in Love on Set 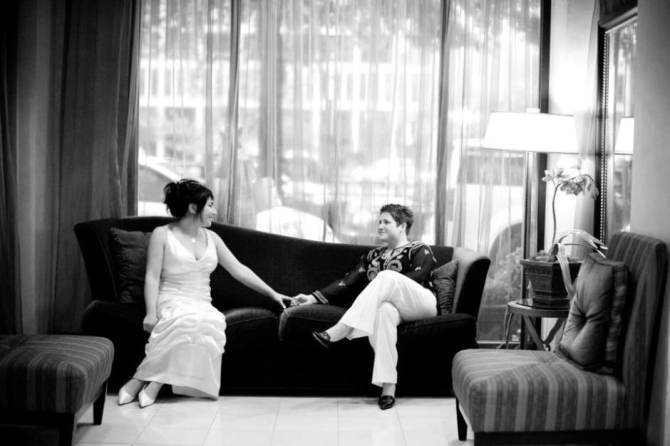 “The Supreme Court ruling was such a happy day for us. I remember sitting together on the couch with the news on, our Facebook pages blowing up with congratulations. It was like the whole world was celebrating with us. Holly and I have been together a long time. Our success as a couple has been hard-won. Society doesn’t make it easy to be a same-sex couple. And I don’t think everyone recognizes how important marriage actually is and the legal ramifications that come along with it.

“Although we had a big Jewish wedding in 2008, we got married legally in Washington, D.C., in 2010 when Maryland began recognizing out-of-state same-sex marriages. Then we got married again in New York, Vermont and Maryland. Our plan was to get married in every state that we could so we could have all the rights and protections that come with marriage if and when we traveled in and through those states. When same-same marriage was recognized federally, it was like a dream come true for us. We could finally stop worrying and just live our lives. It really was a magical day.” — Jessica, Baltimore, Maryland, married nine years in November

MORE: My Marriage Is Sex-Free and There’s Nothing Wrong With It 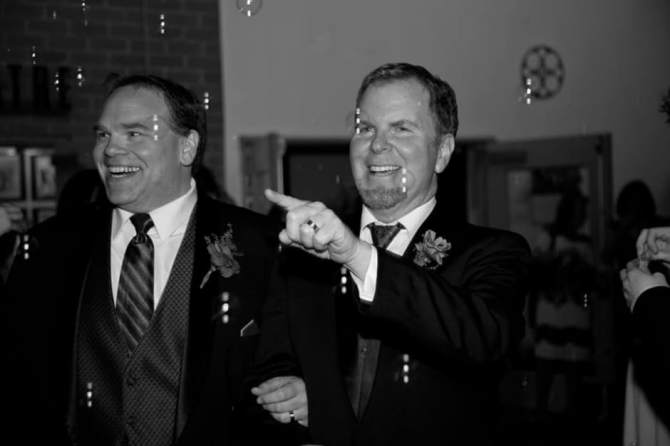 “We became engaged on election night 2012. We planned our wedding never dwelling on the legality of it, yet it hung in the air like a sad deflating party balloon. In 2013, legal marriages were allowed to resume in California, so we soldiered on with great zeal having this local victory, yet never giving up on the hope that it would soon be legal for the entire country.

“We married in 2014. Where our marriage was legal in California, we were still unsure of what our federal rights were. We lived as a married couple but there was still a sense of fiction to it. When the Supreme Court handed down their ruling in 2015, the reality that we were as married as the straight couple next door suddenly turned our Pinocchio into a real boy. As odd as it sounds, the truth wasn’t quite as vivid until we filed our first tax return as a married couple.

“Don’t get us wrong — we would have been married in ceremony regardless of the law. We would have lived happily amongst our friends and family, paid bills, fought, planned vacations and parented our rescue dog Wilbur regardless of the law. But enjoying the equal rights and protections that everyone is entitled to makes this diamond a little shinier.” — Kaore, Los Angeles, California, married three years 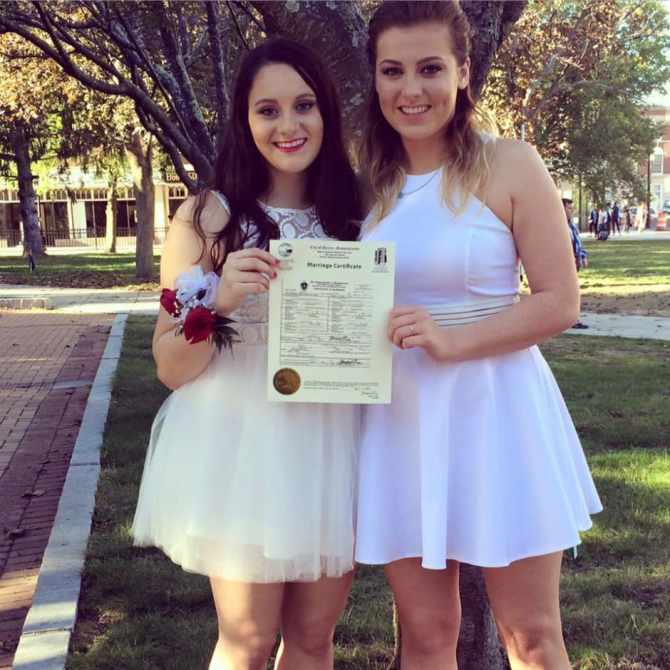 “When the 2016 SCOTUS ruling became law, I was filled with hope and overwhelmed by happiness. Though my state, Massachusetts, has had marriage equality for about 13 years now — and was the first state to legalize same-sex marriage! — my heart felt full for all the other happy LGBTQ couples who no longer had to worry about their own states not recognizing their marriages or hospitals disallowing them to see their partners in times of need. When the SCOTUS decision passed, I knew that this country was officially headed in the right direction, although we still have important work to do, especially for the transgender community.” — Jackie, Boston, Massachusetts, married almost two years