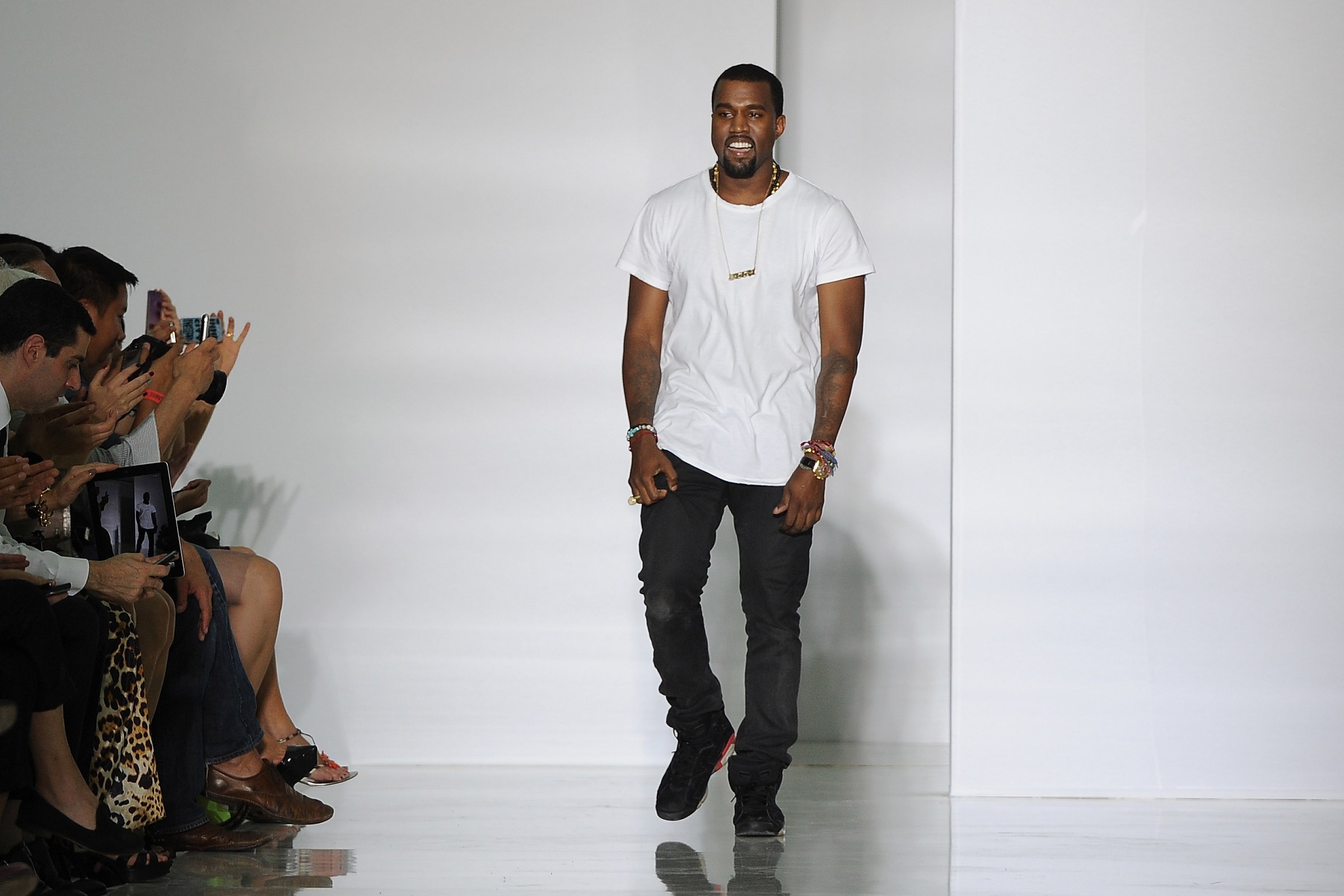 It looks like Kanye West adopted the ever-so-darling Kardashian habit of only surrounding himself with people whose names start with K. Acccording to Page Six, Yeezy took time out from wearing drop-crotch leather pants alongside girlfriend Kim Kardashian to take a lunch with none other than Chanel impresario Karl Lagerfeld in New York, where the pair held court at the Mercer Hotel, reportedly talking business. “They were in a deep conversation, then later appeared to be getting devices out to discuss design ideas,” a spy said. Since “spy” is often code for “I’m a publicist and just made this up,” we imagine a few things Kanye really might have approached Karl about.

1. Sample requests. “So, I’m surprising Kim with a trip to Bali this weekend and the only thing I still need to pack is a beach bag. I heard you just made a really practical one  — can I borrow it?”
2: Brand identity. “Kim and I were talking, and we think you should change those interlocking Cs to interlocking Ks and start calling the brand Khanel. Fresh, right?!”
3. General fashion chatter. “H&M’s collaboration with Margiela is mad dope, yo! Ima get the guitar bag, the duvet coat AND the painted jeans, son!”
4. German tutoring. “I’m moving to Hamburg to record my next album entirely in German. Dope, right?! Can you teach me some?”
5. New-venure investment requests. “I’m starting my own bridal line for, like, mad stylish grooms who want their brides to look dope. I wanna do leather gowns, hoodie joints, you know, fashion sh*t. Vera Wang? Hell no!”