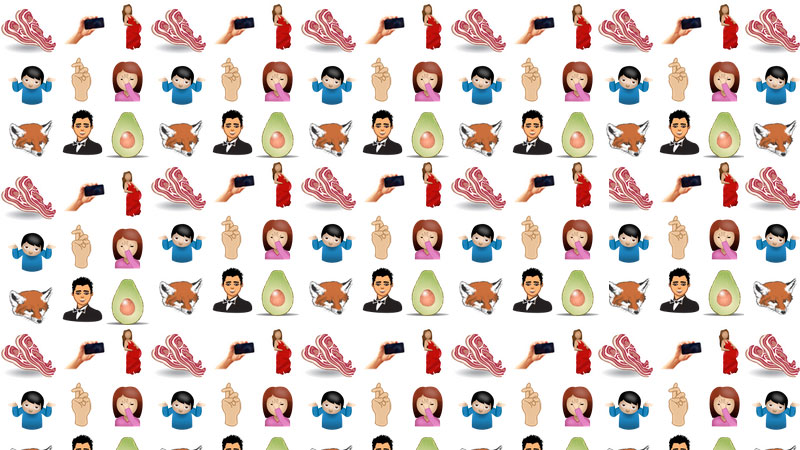 Avocado toast fans, you’re about to get the perfect emoji to accompany your brunch Instagrams! Oh, and selfie-takers, there’s one for you too. The Unicode Consortium–the emoji gods who standardizes characters across different operating systems—has released a preview of 38 new emojis to be available in June 2016.

This isn’t any minor emoji release either, the Unicode 9.0 update will also introduce an emoji for bacon, a man dancing, a face palm (yes!), a crossed fingers or good luck icon, a pregnant woman, and more! The update also seems to even out the gender balance, providing counterparts to some popular existing emojis. For example, there has always been a princess, but now there’ll also be a prince, and a new Mother Christmas icon will balance out the Father Christmas emoji you’re already using.

Before you get too excited though, remember that not all of these 38 new emojis may make it to your phone–it’s up to individual operating systems to actually implement the new images.

Here’s a full list of what you can hope to arrive in June 2016. (Insert crossed fingers emoji.)