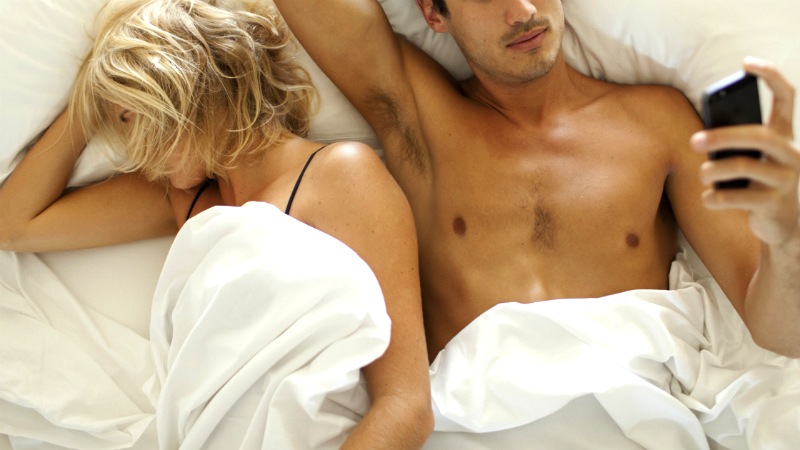 Dude, you probably shouldn’t be on Tinder (Photo: Getty Images)

Avoiding single weirdos on Tinder is difficult enough, but new research has found that almost a third of users on the dating app shouldn’t even be there in the first place because they’re married. Yikes is right.

Business Insider reported on research from GlobalWebIndex (GWI), which surveyed 47,000 internet users around the world, found that 30 percent of the Tinder users it surveyed are married, while another 12 percent are in a relationship. 54 percent classified themselves as single, while 3 percent said they’re divorced or widowed.

Some more interesting stats from the survey: 62 percent of Tinder users are male and 38 percent are female–which suggests that most married people trolling Tinder are male. It’s also a young demographic, with 38 percent of the app’s users between 16 and 24, and 45 percent between 25 and 34.

So, what does Tinder think about users’ creepy behavior? The official line from the company is that the app is technically meant to be a platform for people to meet each other for a variety of reasons, whether for a date, or something platonic. “We never intended it to be a dating platform. It’s a social discovery platform, facilitating an introduction between two people,” Justin Mateen, Tinder’s former chief marketing officer, told The Guardian in February 2014.

Call us crazy, but if a married man wants more platonic female friends, he probably shouldn’t be swiping right to find them.

MORE: 10 Signs Your Boyfriend Is a Jerk