The evening’s host Seth Myers kicked things off with banter about the obvious—that the MTV VMA’s were the night before, and that online shows like Netflix’s Orange Is The New Black and House of Cards were encroaching on network television. The show also featured a touching tribute to the recently passed Robin Williams, which was presented by longtime friend and actor Billy Crystal who stated, “As genius as he was on stage, he was the greatest friend you could ever imagine. It is very hard to talk about him in the past because he was so present in all of our lives.” 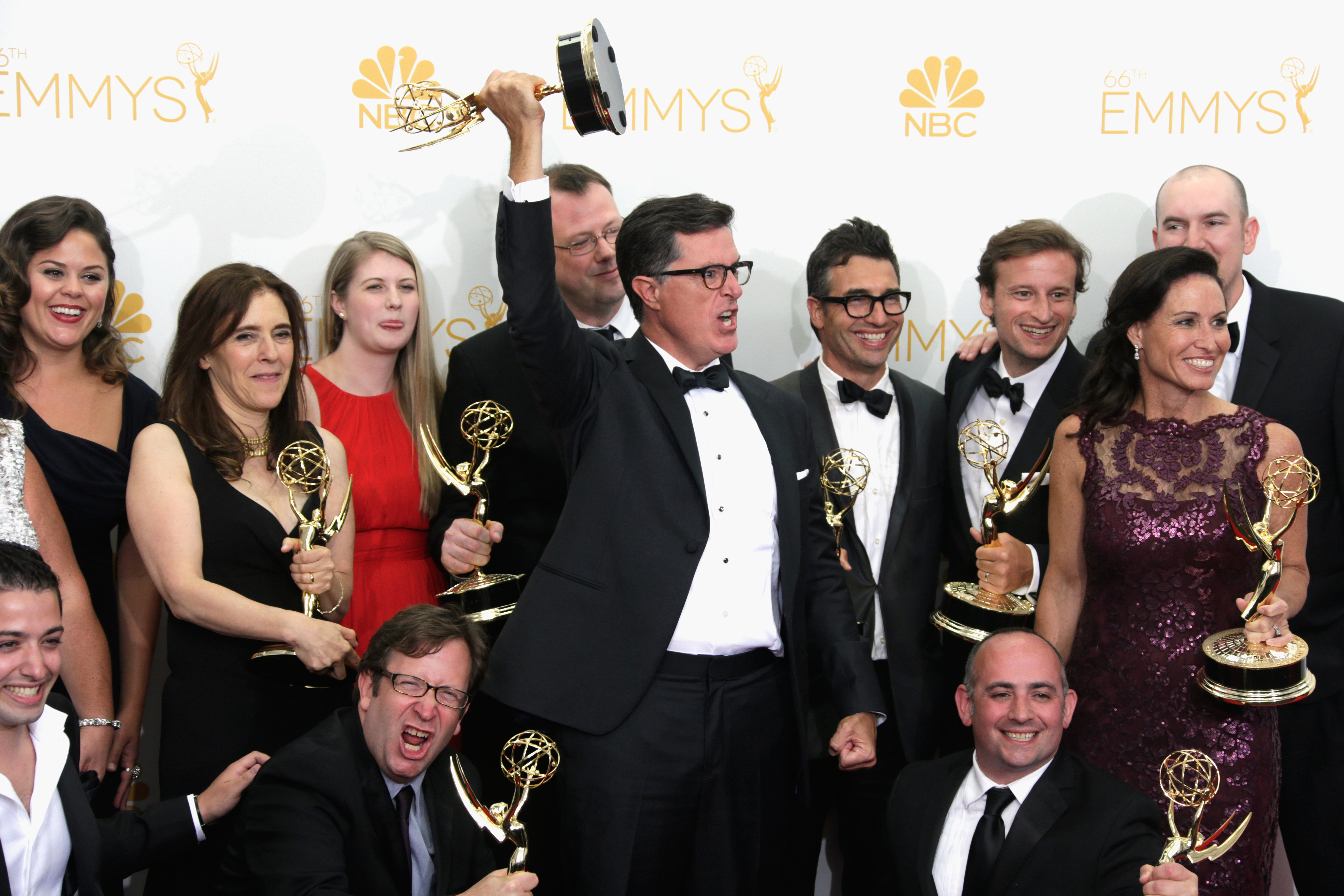 The awards were also obviously full of winners, some predictable and some surprising, who all managed to accept their awards with grace and ease (except Sarah Silverman, who may or may not have been stoned). Check out the full list of  Emmy winners, bolded.

Writing, variety special
Sarah Silverman: We Are All Miracles, HBO