Whether we like it or not, fashion always makes a comeback. From low-rise jeans and chunky sneakers to cargo pants and sweater vests, the trends and styles we once knew have returned – and with a revamp of their own. While most of these “comeback” trends can be traced from the 70s onward, there are definitely some styles that go back even further that we’ve seen hit the shelves in recent years. And no, I’m not talking about the 60s (think a different century altogether…don’t worry, we’ll get to that later). It might be hard to fathom, but when you think about nostalgic fashion, taking the old and making it into something new isn’t unheard of. And when you see the styles and trends that can come out of the past, you might be more inclined to give it a try.

In the new The CW series, Walker Independence (Thursdays at 9/8c or stream free the next day on the CW App), we see Abby Walker, the show’s heroine seek justice for the death of her late husband. It’s a show that takes place in late 1800s Texas, which I know doesn’t sound like the fashion hub of the world but hear me out. In the series, Abby can be seen holding on her own against thieves, sheriffs, and the town’s residents while flaunting her iconic fashion sense, inspiring even the fashion experts of today to take a page from her book and jump on the 1800s fashion train (with some adjustments of course). Below, read about some of the looks that can be seen in Walker Independence and why these should all be added to our closets STAT.

Embroidery gained popularity in the early 1800s, in large part due to the discovery of aniline dyes. By the mid and late-1800s, more and more people started adding embroidered embellishments and bright colors to their clothing. While this may seem like an activity your nana would be doing in her free time, if there’s anything we’ve learned, trends and styles of the past are always making a comeback. 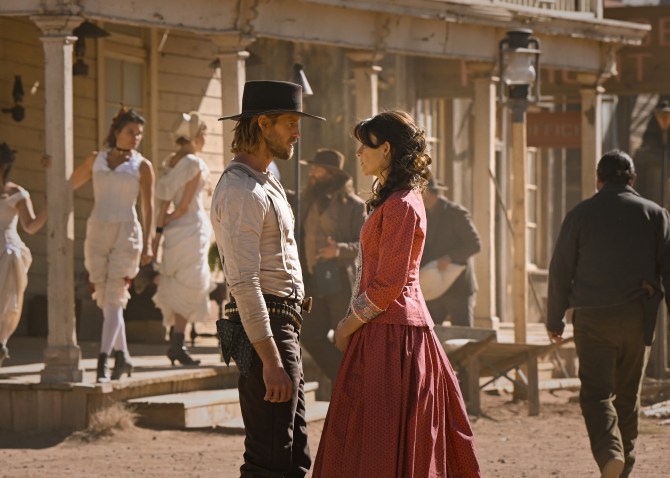 One of the most prominent trends during the Gilded Age (the period between 1870 and 1900) was the high neckline. This simple yet sleek style elongated the body, giving the illusion that a person was taller than they were. Back in the 1800s, this style was commonly featured in dresses and blouses.

During the 1800s, modesty was the name of the game as young girls and women wore their hemlines long to the ankles. It wasn’t until the early 1900s that the hemline began to rise. Given the context of what was going on at the time (women gaining the right to vote in 1920), it makes sense that raising their hemlines could have been a statement of independence and mobility. However, even though I am personally a fan of the mini skirt, I do love the look of a long, pleated skirt, especially in the fall.

This might seem like a style that was made for those ages 2-10 years old, but when it comes to 1800s fashion, ruffles were all the rage. Today, ruffles are still in many of the fashion staples we wear today i.e. shirts, dresses, etc., but in a more wearable way. Think less Victorian era, more street style. 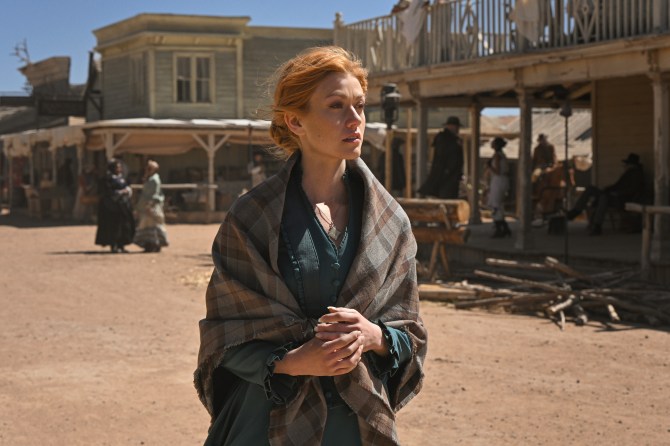 The puffed sleeve is a perfect example of how trends have changed and adapted to fit the times. Gone are the days of the puff sleeve that was the size of a head with no shape or lift at the shoulder. Now, we’re in the shorter, more subtle era of the puff and IMO it’s a look that deserves to be monumented in the history books.

Fringe may be known as a style primarily seen in the flapper era of the 1920s, but before then, women in the West were wearing it as part of their everyday look. It’s important to note that Native Americans are recognized as being the first or one of the first to wear this style in their clothing. Back then it was used to repel rainwater and today it’s seen as a decorative embellishment.

Recent TV may have something to do with kickstarting this style craze, but nonetheless, we’ll gladly take it. Although the show is set in the Regency period of the early 1800s in London, corsets still have their place in fashion today. They’ve recently made a resurgence, add I for one, couldn’t be happier about it. 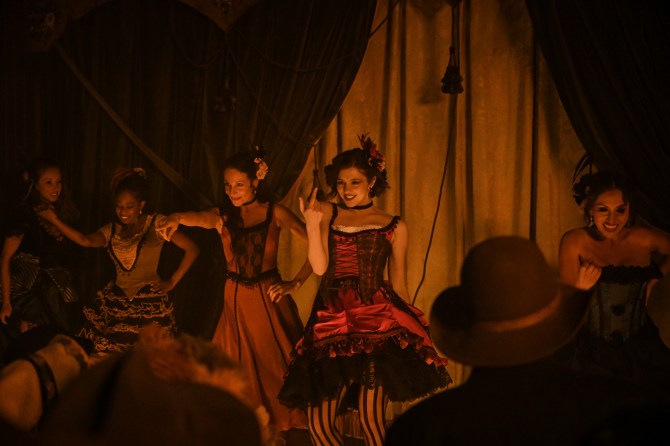 The Wild Wild West gave us more than western action movies. It also gave us chic fashion trends like the vest top. Whether you prefer a more tailored look or an on-the-go comfort style like Kendall Jenner, there’s a way to wear this piece for any occasion.

You may associate chokers with the 90s and early 2000s fashion, but the fact is that they were around long before Juicy tracksuits and zig-zag parts (#tbt). Chokers got their start in ancient civilization as a way for women to protect their necks. Flash-forward to the late 1800s and women were seen wearing them, largely in part due to Queen Victoria and Alexandra, Princess of Wales who wore them frequently.

Before I lose you on the capes bit, rid your mind of anything having to do with Batman or Superman. No shade to them, but what I’m envisioning is a little more…stylish. In the late 1800s, the most popular style of the cape was the multi-tiered style, and while that’s not typical today, I definitely think a version of that could be a cute accessory.