World Cup fever has taken the world by storm with its must-watch combination of pageantry, stunning upsets, and some seriously complex advancement rules. The excitement around the global tournament has been especially vibrant in the U.S. this year, thanks to a killer men’s soccer lineup that includes all-stars like Clint Dempsey, Tim Howard, and Michael Bradley. Think you know everything about this year’s team? Test your smarts against these weird facts from OK Magazine—and go U.S.A! 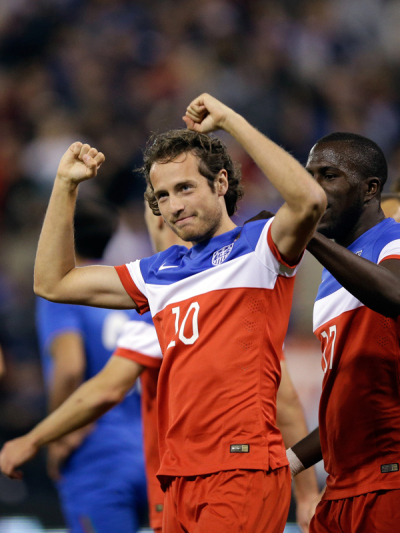 2. AGF Aarhus fans think striker Aron Johannsson looks so much like Kevin Bacon that they created a YouTube video featuring an interview about his dancing ability set to the theme song of the movie Footloose. 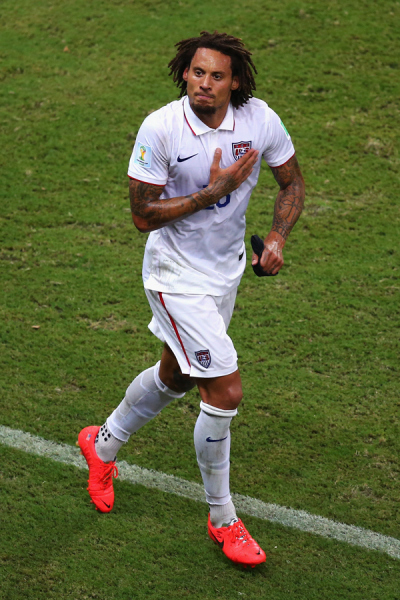 4. Chris Wondolowski is part Native American, as his mother is part of the Kiowa Tribe. His tribal name is “Bau Daigh,” which translates to “warrior coming over the hill”.

5. Goalkeeper Tim Howard was a star basketball player in high school, where he led his team to the state finals his senior year. He was even “drafted” by the Harlem Globetrotters.

6. Midfielder Graham Zusi was a criminology major who originally planned to pursue a career in the CIA before determining that he had a chance to succeed as a professional soccer player.

7. Brad Guzan’s teammates on the US team called him “Polar Bear” due to his affectionate personality (and his appearance!).

9. Midfielder Michael Bradley has learned the language in every country he has played in professionally. He is fluent in Dutch, English, German and Italian. 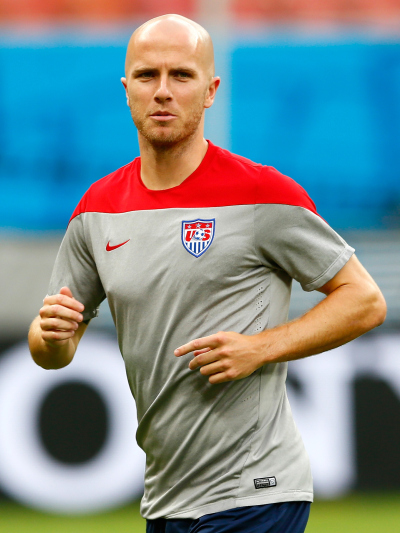 10. Michael Bradley’s commanding performances in midfield while playing in Italy’s Series A earned him the nickname “The General” from Italian media and fans.

11. A native of Massachusetts, Geoff Cameron is a huge supporter of Boston sports teams and has done charity work in the wake of the Boston Marathon bombings.

12. Captain Clint Dempsey has a tattoo of his home state of Texas on his left arm, with a star signifying his hometown of Nacogdoches.

13. Soccer is in Alejandro Bedoya’s blood. His grandfather and father played professional soccer in Colombia, and his brother and sister both played for Northeastern University.

14. During his rookie season in Major League Soccer in 2009, Matt Besler stayed at his parents’ house in Overland Park, Kansas, while teammate Graham Zusi roomed in their basement. 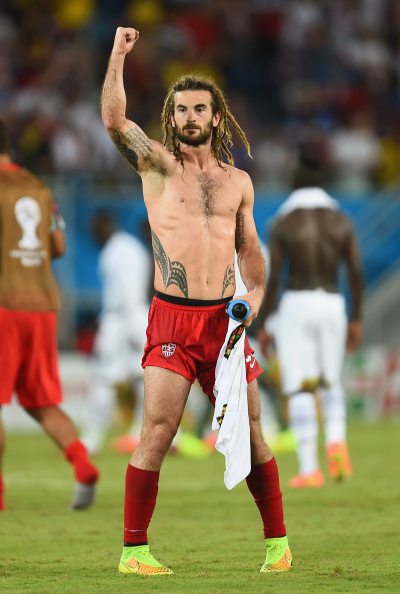 15. Before Kyle Beckerman was a professional soccer player, he was a state champion wrestler as a freshman at Dematha High School in Maryland. His brother Todd is now the head wrestling coach at Brown University.

17. Michael Bradley is renowned for his ability to patrol vast amounts of territory as a midfielder. During the 2010 World Cup, he ran a little more than 22 miles during the USA’s three group games.

18. Haitian-American player Jozy Altidore donated more than $168,000 for relief efforts in Haiti through personal contributions and fundraising. He was only 20 when the earthquake happened in 2010.

More on OK Magazine:
Get The Game Day Diet for the US Men’s Soccer Team
Who’s The Best Dressed Player on the Men’s US Soccer Team?
Kim Kardashian Suffers an Embarrassing Nip Slip on Instagram