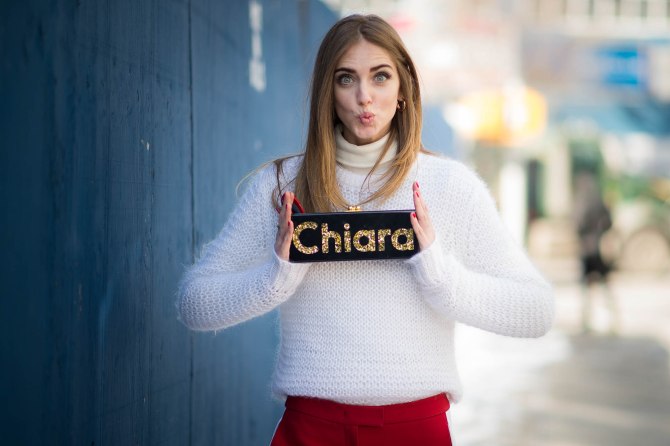 If anyone’s qualified to be the subject of a Harvard case study on the business of blogging, it’s 27-year-old fashion star Chiara Ferragni. With more than 3 million Instagram followers, fans across the globe, a staff of 14 people, and 2015 revenue projections exceeding $9 million, she’s proof that blogging can truly be a viable, full-time profession.

If you’re one of Ferragni’s Instagram followers, you’ll have noticed #TheBlondeSaladGoesToHarvard popping up in your feed—and yes, it’s what it sounds like: Harvard Business School developed and released a case study on Ferragni and her team.

MORE: 15 Things Every Single Fashion Blogger Has on Her Desk

The study is part of a unique luxury marketing elective course offered to Harvard students—and if you’re at all interested in fashion or business, it’s a must read (and available to download now for $14.) In case you don’t have time to read the 16-page study for yourself, keep reading for 10 major takeaways outlined in the paper.

1. The best bloggers all started small and grew organically.

She might be worth millions today, but Ferragni started small, sharing outfit selfies to social media sites like Flickr. She launched her blog in 2009 with her then boyfriend and current business partner Riccardo Pozzoli, without any idea that it could turn into a multi-million dollar business in five short years.

2. The blogger’s cut of a deal can be a relatively small percentage.

Ferragni’s coveted shoe line is a street style hit, but despite commanding creative control over the collection and putting her face to the brand, the blogger’s cut is 10% of revenue from royalties.

By the end of 2016 the brand is projected to earn €10 million in annual revenue–which makes that 10% sound pretty good. 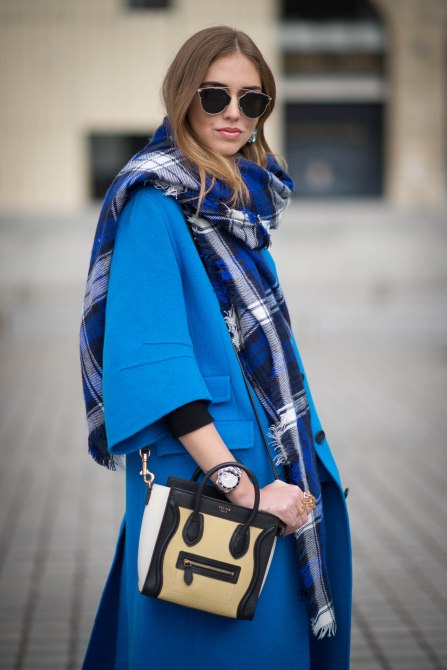 3. If you get big enough, brands will pay you big bucks to attend events.

If you ever needed proof that bloggers are bigger than some celebrities, here it is: In 2014 Ferragni was charging a whopping $30,000 to $50,000 to participate in or host an event, and Bryanboy’s Bryan Grey-Yamboo commands up to $40,000 for the same service.

Leandra Medine‘s blog, Man Repeller, earns most of its money through website advertising and partnerships with brands like Michael Kors and Gucci, as well as by Leandra charging to make appearances at or host events. Bryanboy operates under a similar model, but also earns a large chunk of his income through brand partnerships, like the “BB” bag by Marc Jacobs.

On the other hand, Pink Peonies blogger, Rachel Parcell, brings in most of her income through affiliate links, taking a small cut of every sale made when her readers click and buy a product featured on her website. This model that was estimated to generate about $960,000 for Parcell in 2014.

If you thought a blogger’s outfit posts and event pictures on Instagram were sporadic and random, you’re wrong. Pozolli notes that 2013 was a turning point for fashion bloggers, because it’s when Instagram became the most used instrument in the fashion industry almost overnight.

Ferragni found the rise of Instagram to be a good thing, giving brands and individual the means with which to contextualize her 3.3 million follower Instagram audience: “Kim Kardashian has 20 million followers, Louis Vuitton has three million followers, and their neighbor has 200 followers,” she explained, which basically means it’s not hard to recognize that Chiara is someone that stacks up among Instagam’s biggest players, even if her name isn’t as recognizable as Kim’s or Vuitton’s.

On the other hand, Pozolli saw the Instagram’s rise as a threat to The Blonde Salad’s current business model, which led to a brand new digital strategy.

6. There are different strategies for the blog versus social media.

By investing in editorial staff and content for theblondesalad.com, Ferragni’s team is hoping to build a destination that’s recognized as an independent digital magazine separate from it’s founder–giving Ferragni the option to be involved or not be involved down the road. 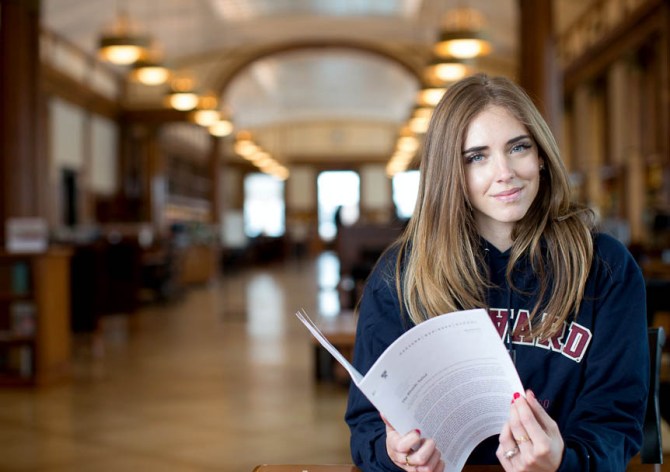 In 2013, The Blonde Salad poached Alessio Sanzogni from Louis Vuitton to come on board as communication and editorial manager, later promoting him to general manager. Sanzogni’s strategy was to elevate the site’s image by being more selective about the number and quality of paid advertisements they took on. The team made the decision to hold off on all product-related content, and prioritize how a partnership would position The Blonde Salad as a brand over how it would contribute to profit.

“I felt that the quantity of advertisements and product placements on the blog was giving the impression that all content was paid for,” he said.

8. The blog audience changes over time.

While The Blonde Salad’s audience started off as teenage girls interested in Ferragni’s cool lifestyle, today she’s gained a lot more cred in the fashion industry and, as a result, her audience has changed greatly. Pozzoli notes that three years ago, website traffic would drop during Fashion Week, because readers were more interested in Ferragni’s lifestyle than fashion at large. Now however, Fashion Week gives The Blonde Salad about a 15% boost in website traffic.

9. There’s just as much travel as you thought–maybe more.

Within a year of launching her blog, Ferragni flew to New York for her first international business trip, and things haven’t slowed down since. She’s a regular at New York, London, Milan, and Paris Fashion Weeks twice each year, and frequently takes trips across the globe to work on various projects and blog content.

From the beginning, Ferragni and Pozzoli have been strategic about picking premium brands to work with–a strategy that only became more discerning as time went on. They turned down high paying gigs with Italian TV and media and kept their eye on the prize–the prize being big luxury brands like Louis Vuitton, YSL, and Gucci. Today, the tactic has certainly paid off with high-end brands paying big money to work with The Blonde Salad.

“In October 2014, I had a meeting with Gucci,” Sanzogni said. The meeting came while The Blonde Salad was running advertisements for a mobile operator: “Gucci said that they would never want to see their contents with those banners on the same page,” he added. Although the campaign was bringing in €30-40,000 per day, they had to ditch the advertisements for the opportunity to lure more premium advertisers.

To purchase the entire case study—and you should, it’s extremely informative—head over to Harvard Business School’s site now.